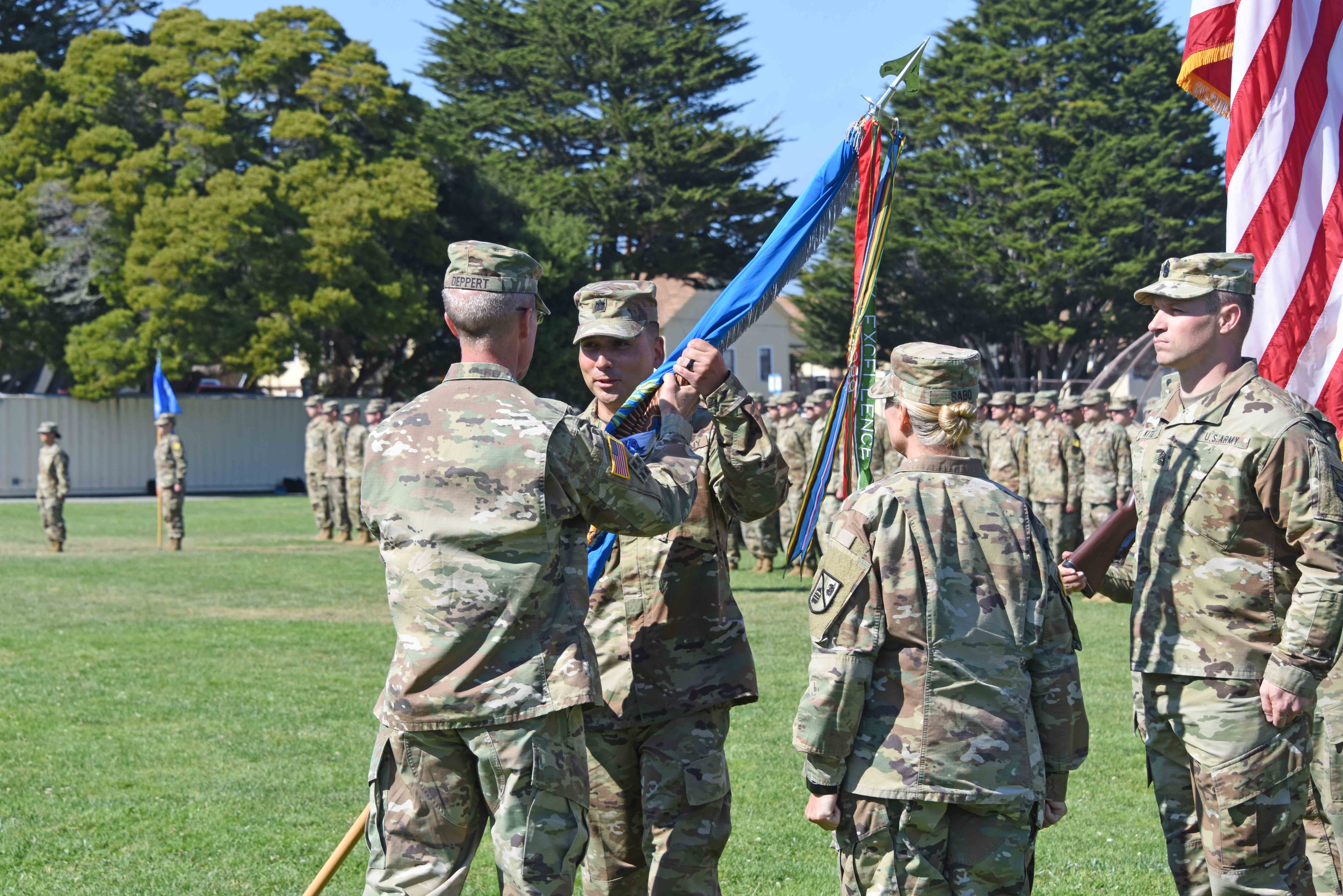 “You are the top one percent of Soldiers I have served with,” said DLIFLC Commandant Col. Phil Deppert, who presided over the change of command.

“I am moved and touched, and glad to have been a part of this important mission to make these Soldiers the best possible, given the high expectations we have of them,” said Sabo.

“…This has been the highlight of my career …to work among the MI’s best professionals.” Soldiers of the 229th MI Battalion assigned to DLIFLC facilitate the production of qualified warrior linguists and sustains Soldiers and their families to support the operational force.

“I give my oath of commitment to make you better every day,” said incoming commander Click. “Soldiers first – May you live our motto,” he said to the formation on the field. Click came to Monterey from an assignment at Fort Meade, Maryland. He has deployed to both Afghanistan and Iraq. 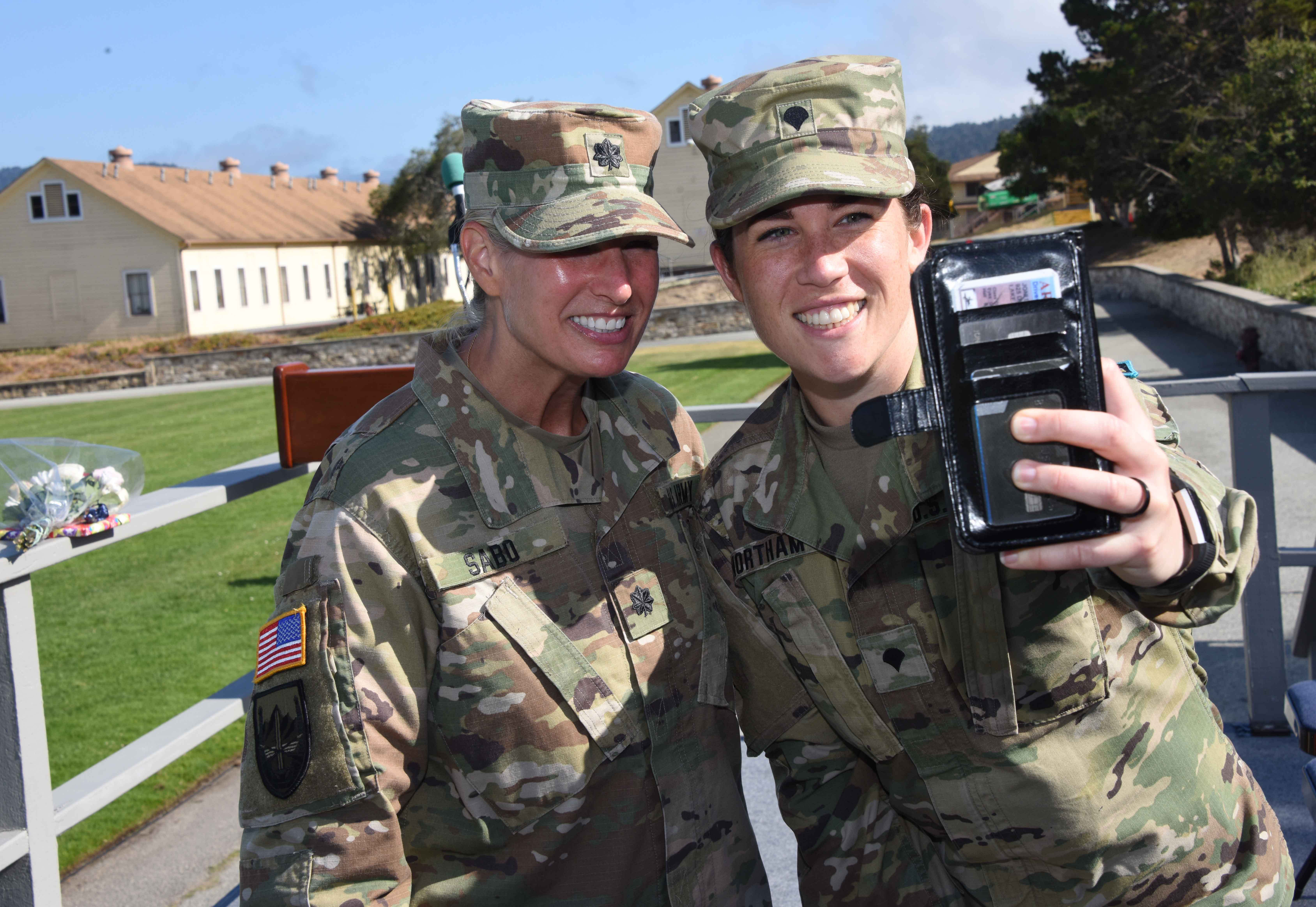 Sabo served as the 229th MI BN commander since July 2016. She started her career in 1992 when she enlisted as a Chinese Linguist in Alpha Company on the Presidio of Monterey. Five years later, when she finished college, she enlisted and was assigned to the 902nd MI Group.

This spring, Sabo decided to obtain her AA degree in Chinese, which was not possible when she graduated. Serving as an example to her Soldiers, Sabo fulfilled the necessary requirements and received her diploma, her third, following a Master’s Degree in English which she obtained in order to teach at West Point.

Staff, military service members and students lined up Friday afternoon to wish her well in her future endeavors. SPC Joni Northam stood in line to take another selfie with Sabo. She said a habit had been established that the two would take photos every time they saw each other.

“We got here the exact same time (DLIFLC) and she is an example of a professional with a personable aspect to her, and at the same time honoring duty and the uniform. She is an inspiration,” said Northam.

Also waiting in line was DLIFLC Mascot, Pvt. Lingo, with whom Sabo had spent a lot of time during her two years at the Presidio of Monterey.