For League, speaking at the U.N. was not something she expected to do when she came to DLIFLC.

“I was dumbfounded when I got the letter saying I had been selected,” said League. “The closer the U.N. got the more nervous I became because I had only been learning for a little over a year when we went in July,” said League.

It all began in March 2015 when League’s chief military language instructor encouraged all Middle East school students to enter the “Many Languages, One World” international essay contest. She was only about 10 months into her Arabic program at DLIFLC.

The essay topic “should relate to the post-2015 global development agenda, in the context of the 70th anniversary of the United Nations, and the definition of new goals reflecting the imperative of global sustainable development that recognizes, and is enriched by, cultural and linguistic diversity.”

“Just the topic alone was enough to deter a lot of people,” said League. “Fortunately, the organizers provided us with a lot of links to information to help us get started.”

The essay contest rules further stipulated that the essay be written in a language other than their first language and be an official language of the United Nations – Arabic, Chinese, English, French, Russian or Spanish.

“I chose to write in Arabic about the importance of cultural diversity in the U.N.’s sustainable development agenda and why it’s important to recognize view points from all over the world as opposed to just a Western point of view,” said League. “Bilingualism is important in sustainable development because it helps you speak to people in their native language where they’re more comfortable discussing ideas they may not have heard or encountered before.”

Students from 42 countries participated in the contest. All of them are pursuing undergraduate or graduate degrees representing 60 prestigious international universities. A total of 70 students were selected from a pool of more than 1,200 entrants. League was one of the 10 winning Arabic language students.

Those who were selected underwent an interview via Skype to further ensure the student is not a native speaker but also capable of speaking in that language. 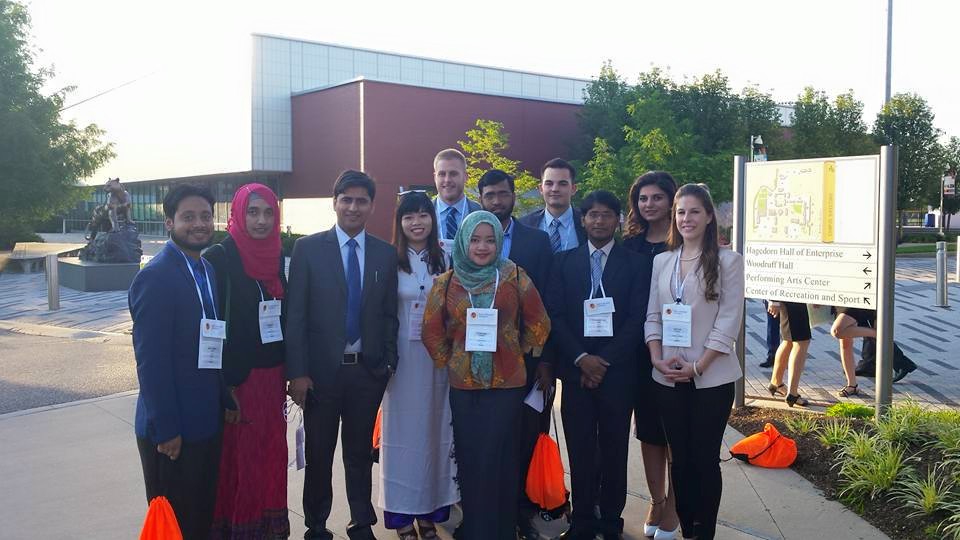 Specialist Caitlin League (right), an Arabic language student at the Defense Language Institute Foreign Language Center, joins others in her Arabic language group for a photo. She spoke at the United Nations General Assembly in New York City July 24.

Finally, at Adelphi University in Garden City, New York, League met the other Arabic language winners from around the world on July 20 at the “Many Languages, One World” forum. For the next two days, these students worked together to develop a topic to address to the General Assembly. From early morning until late at night the students wrote in Arabic about “equitable quality education and lifelong learning opportunities for all.” They also had to ensure their presentation was within the time constraints, which equaled about two minutes for each student.

The “Many Languages, One World” forum culminated in the trip to the General Assembly July 24.

“It was also interesting to see everything come together and to listen to the other groups and what ideas they came up with,” said League.

The U.N. set sustainable development goals for 15 years in 2000. Now, the U.N. is coming up with its post-2015 agenda through 2030. Many of the U.N. delegates in attendance were interested in what the students had to say.

“I could see people there listening to us and trying to pick out what they can take away from our presentations,” said League.

Afterwards, the students had an opportunity to socialize with U.N. delegates, but learned also how busy life can be as a U.N. delegate as many had to leave to attend other forums.

League visited New York many times before but believes this will be her most memorable experience in the city.

“I don’t think anything will ever top this,” said League. 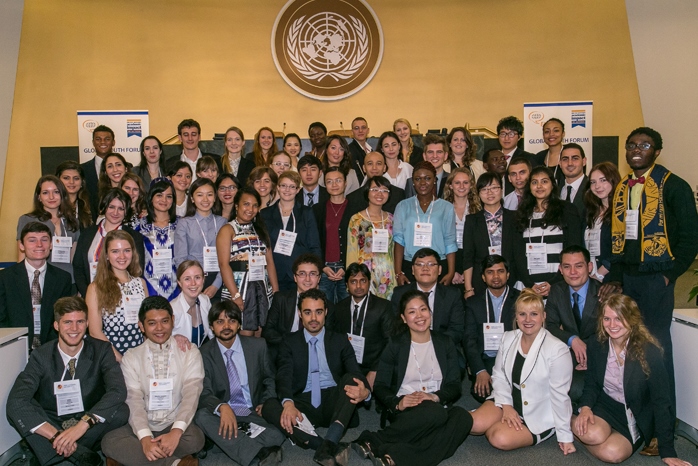 The “Many Languages, One World” international essay contest held annually and is organized by ELS Educational Services, Inc. and the United Nations Academic Impact.

The Defense Language Institute Foreign Language Center is a degree-granting institution accredited by the Accrediting Commission for Community and Junior Colleges of the Western Association of Schools and Colleges. DLIFLC is regarded as one of the finest schools for foreign language instruction in the world. The Institute provides resident instruction in 23 languages to approximately 3,500 military service members, five days a week, seven hours per day, with two to three hours of homework each night. Generally, students spend between 26 and 64 weeks at the Presidio, depending on the difficulty of the language.