For the joy of teaching, instructor reflects on 50+ years 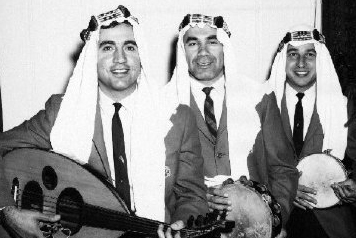 Siham Munir (center) has taught Arabic at the Defense Language Institute Foreign Language Center and previously the Army Language School since 1961. He used to play in an Arabic band during special events at the institute. (U.S. Army file photo/released)

MONTEREY, Calif. – In 1961 the world was different than it is today. John F. Kennedy was the 35th President of the United States, Alan Shepard became the first American in space, and the first U.S. helicopters arrived in Saigon, South Vietnam, along with 400 personnel.

And, at San Francisco State University, a young Siham Munir just finished his master’s degree in international relations and would soon begin a more than 50-year teaching career that is still going strong today.

Munir, who is originally from Iraq, was concerned about his student visa status in the U.S. after graduation. A revolution in 1958 overthrew the monarchy in Iraq and Munir had “decided it’s not worth going back.”

Then, while attending a party in San Francisco, he met another Iraqi who turned out to be a department chairperson from the Army Language School at the Presidio of Monterey.

“He told me they need instructors to teach Arabic and that I should apply,” said Munir. “I never heard of it before, this Army Language School. I told him about my status and he said just apply and we will handle the rest.”

Munir applied and soon began teaching Arabic to service members at the Presidio where he discovered the joys of teaching. The curriculum was to teach the Iraqi dialect in the morning and Modern Standard Arabic in the afternoon.

“Teaching is not a difficult thing if you learn how to reach a student,” said Munir, who immediately found himself feeling right at home in his new profession.

When Munir began teaching there were only 15 people in the department including supervisors and instructors and they were all from Iraq. He quickly established friendships with other faculty members. About five years later he would become a U.S. citizen.

“It was a very simple time,” Munir continued. “Even for students who studied with record players and books. That’s about it.” 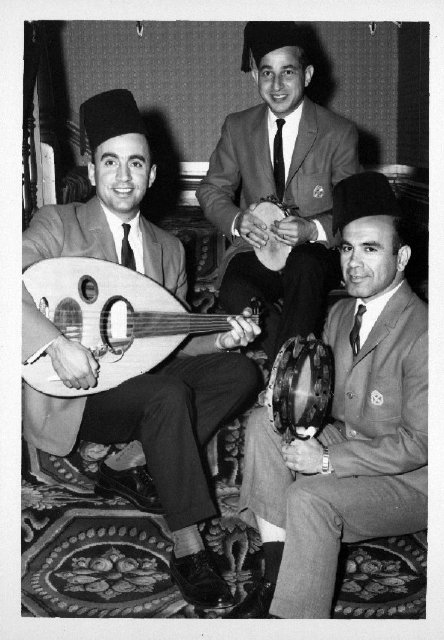 Siham Munir (right) has taught Arabic at the Defense Language Institute Foreign Language Center and previously the Army Language School since 1961. He used to play in an Arabic band during special events at the institute. (U.S. Army file photo/released)

The culture of the military in the 1960s and 1970s was very different than it is today and even more different at DLIFLC. Some of the language departments were large, but some smaller departments would consist of only a chairperson and a teacher, according to Ben De La Selva, former student and dean at the institute. It was not uncommon for students and teachers to bond with each other professionally. There were even friendly competitions between students and teachers, such as tennis, which Munir was fond of playing.

Most of Munir’s students were officers who would go on to be defense attaches in Jordon or Egypt. At the time, it was acceptable for him to join his students after class at the Presidio Officers’ Club, now the Weckerling Center.

“After hours we would socialize together, but speak Arabic to each other too. It was very interesting,” said Munir. “We mingled and we kept in touch over the years.”

For Munir and most instructors, adapting to change was not hard. Eventually, the DLIFLC Arabic program shifted to teaching Modern Standard Arabic and then focused on a dialect in the final weeks of the course.

“So this way we had to develop a new program,” said Munir. “Gradually over the years I became a project officer to develop materials and we developed dialect materials in Iraqi, Syrian and Egyptian.”

For a brief period the Yemeni dialect was taught, but it was discontinued due to lack of training requests from the military services, according to Munir.

In 1977, Munir went to Saudi Arabia for three months to create a predeployment Saudi Headstart product to be used by U.S. troops stationed there as a result of U.S. agreements to expand military cooperation with Saudi Arabia.

“In Saudi Arabia I watched what they (U.S. troops) do so I could make learning materials for them to use,” said Munir. “I went to various places and met so many people.”

That was the only overseas assignment given to Munir by DLIFLC, but he would play a tremendous role in the sudden need for language support for Desert Storm.

In 1990, following Saddam Hussein’s invasion of oil-rich Kuwait, calls for Arabic language support began pouring into DLIFLC. The institute’s Middle East School became known as “the school that went to war,” according to Col. Donald Fischer, commandant at that time.

“We did a rush language production. We created a small dictionary of most-used Iraqi vocabulary they (service members) can carry in their pocket,” said Munir. “Students have used a variation of that dictionary since Desert Storm.” 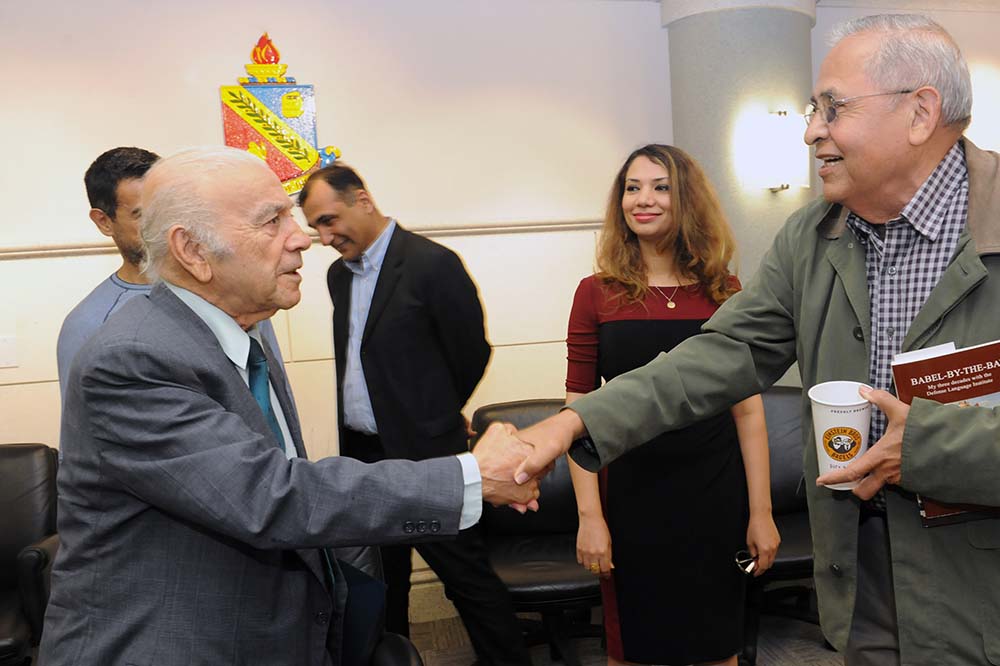 While Munir was overseeing the development of Iraqi dialect products in Monterey, a Mobile Training Team of DLIFLC instructors at Fort Campbell, Kentucky, were familiarizing Arabic linguists with the Iraqi dialect prior to deployment to the Middle East.

Munir spent a total of 15 years as a developer of dialect materials, but his true passion is teaching in the classroom. To this day Munir still receives cards once in a while from former students or emails sharing a funny story. Asked what keeps him dedicated to his profession, Munir says “the joys of teaching and seeing the results.”

DLIFLC provides resident instruction in 17 languages at the Presidio of Monterey, California, with the capacity to instruct another 65 languages in Washington, D.C. The Institute has graduated more than 220,000 linguists since 1941.