How language opened doors for some alumni

MONTEREY, Calif. – Studying foreign languages in Monterey has been a platform from which many Defense Language Institute Foreign Language Center alumni have launched successful careers. It’s given them the language skillsets needed to conduct business in the international landscape. Below are just a few of many testimonies of former students who believe that everything they became began at DLI. 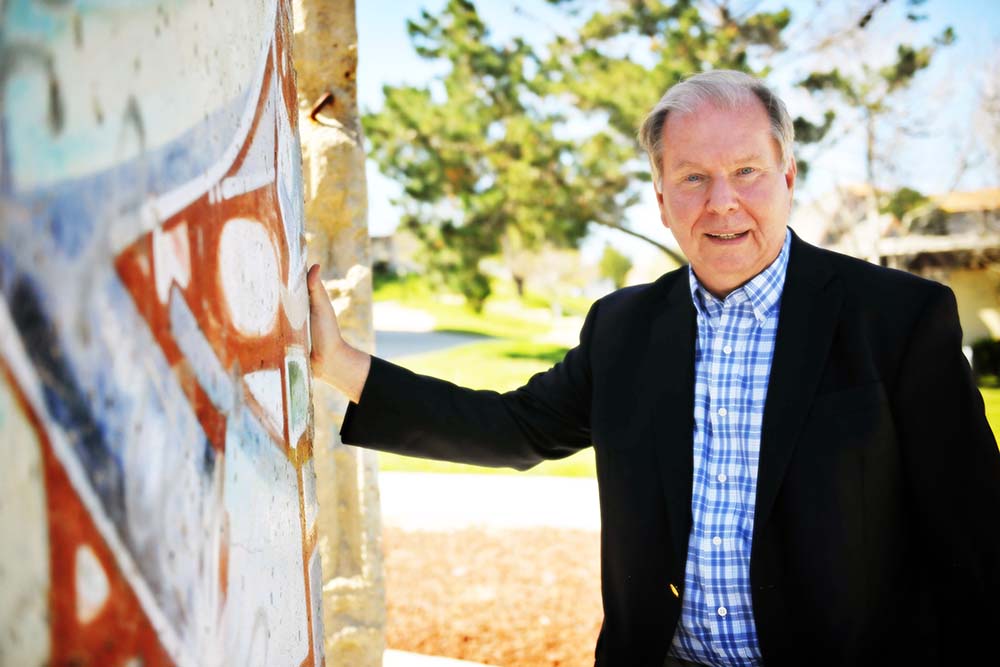 From DLI to Vice President in Procter & Gamble

Imagine being a private in the U.S. Army at the Defense Language Institute in 1969 learning Russian. Then imagine using a two-track reel-to-reel tape recorder weighing about 20 pounds, along with another 20 to 30 pounds of books.

Now fast forward, and imagine being a vice president for one of Procter & Gamble’s first manufacturing plants and newest subsidiary in Eastern Europe.

Three months later, Harter got a job with P&G which led him to traveling around the world, to promote some of the products our lives would be impossible to imagine without: Ivory soap, Pampers, Mr. Clean, etc. “I traveled throughout Central Europe, Turkey, the Balkans, Central Asia, and picked up a few more languages such as German and some Dutch,” said Harter.

With the fall of the Berlin Wall and the reunification of East and West Germany, Harter found himself jettisoned once again into Eastern Europe, right in the middle of the Czechoslovak Velvet Revolution in late 1989, when most Eastern European nations were freeing themselves of the then Soviet Union’s oppressive control.

Today there are 570 employees including 110 engineers working at Rakona, which is the biggest detergent plant in Europe and one of the 10 largest of the 140 P&G plants worldwide.

Harter retired in 1997, after 22 years with P&G. He visited the Institute in late March, taking the opportunity to share some of his life experiences with the next generation of linguists in a Russian language classroom. 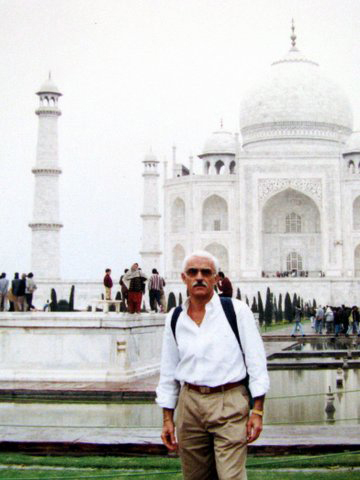 Attending DLI: a twist of fate or a gift from God

Bob Brownson always knew he was adopted. At six and half years old, he was well aware that he would be leaving the orphanage to live with his adoptive parents in River Rouge, a steel mill town near Detroit, Michigan. He also knew his birth father’s last name, but years would go by before he would dig into his own past.

“The irony is that the Army must have known well before I ever did about where I came from and who my real parents were,” said Brownson, during a visit to the Defense Language Institute Foreign Language Center in March 2017, exactly 55 years after he graduated from the Russian Basic Course in 1963.

With the draft still in existence in the 1960s, Brownson quickly found himself taking physical exams and having his records checked as soon as he graduated from university in 1960. At the time, an Army major spoke with him about the possibilities of learning a language and working for the then Army Security Agency, a job that would require a high security clearance.

“It sounded like a good idea. He gave me some booklet to study and told me that if I pass the exam, this would be one of the most academically challenging experiences I would ever have. I thought, ‘sure….OK,” explained Brownson with a chuckle, and went back to study, what to him looked like Esperanto.

Brownson chose to learn Russian, rather than Mandarin Chinese, the only two languages the Army needed at the time.

“The first rule was that English was not allowed to be spoken at any time during the day, period – ever, anywhere, for 12 months. Obviously we struggled, but (we learned Russian well) because the people who taught us were so committed to doing it,” explained Brownson, speaking passionately during the interview.

Years later, Brownson would find himself conducting business around the world through his work with several international divisions of American computer companies, to the tune of 350,000 miles of travel per year that included Europe, Central America, South America, Canada, as well as North and South East Asia, and the South Pacific.

“In retrospect, with the growth of Asia, I might have preferred to take Chinese Mandarin, but it doesn’t really matter. I used my Russian even in Asia because when I would walk into senior executive or engineer offices in China and Vietnam, the first thing I would see on the wall was a Cyrillic diploma,” explained Brownson.

“Particularly in Vietnam. I would say ‘Oh, you graduated from xyz school (in one of the former Soviet republics)…. and I would speak to them in Russian.

They would look and see this crazy American, who is sitting in Hanoi, conducting business, discussing a contract, in Russian!”

Brownson so much loved his job that he did not retire until he turned 72. About 10 years earlier he decided to do a DNA test to find out more about his heritage. It turned out that he was born to a Ukrainian father and American mother.

“So I have Russian blood running through my veins, and then I became a student of Russian! How things are cyclical. I was amazed…it didn’t help my Russian any, it didn’t make it easier…. as you approach old age, and think ‘this is something I never knew about myself, my family.’ It was an interesting exercise,” he mused.

“Language is a door to get around the world. I didn’t know how it was going to turn out obviously, but I knew this was an experience not to be wasted. This investment was going to be very great,” he said, of his first thoughts about DLIFLC. “Yes, to be sure, (DLIFLC) was a twist of fate, or as it has turned out, (it was) a gift from God.” 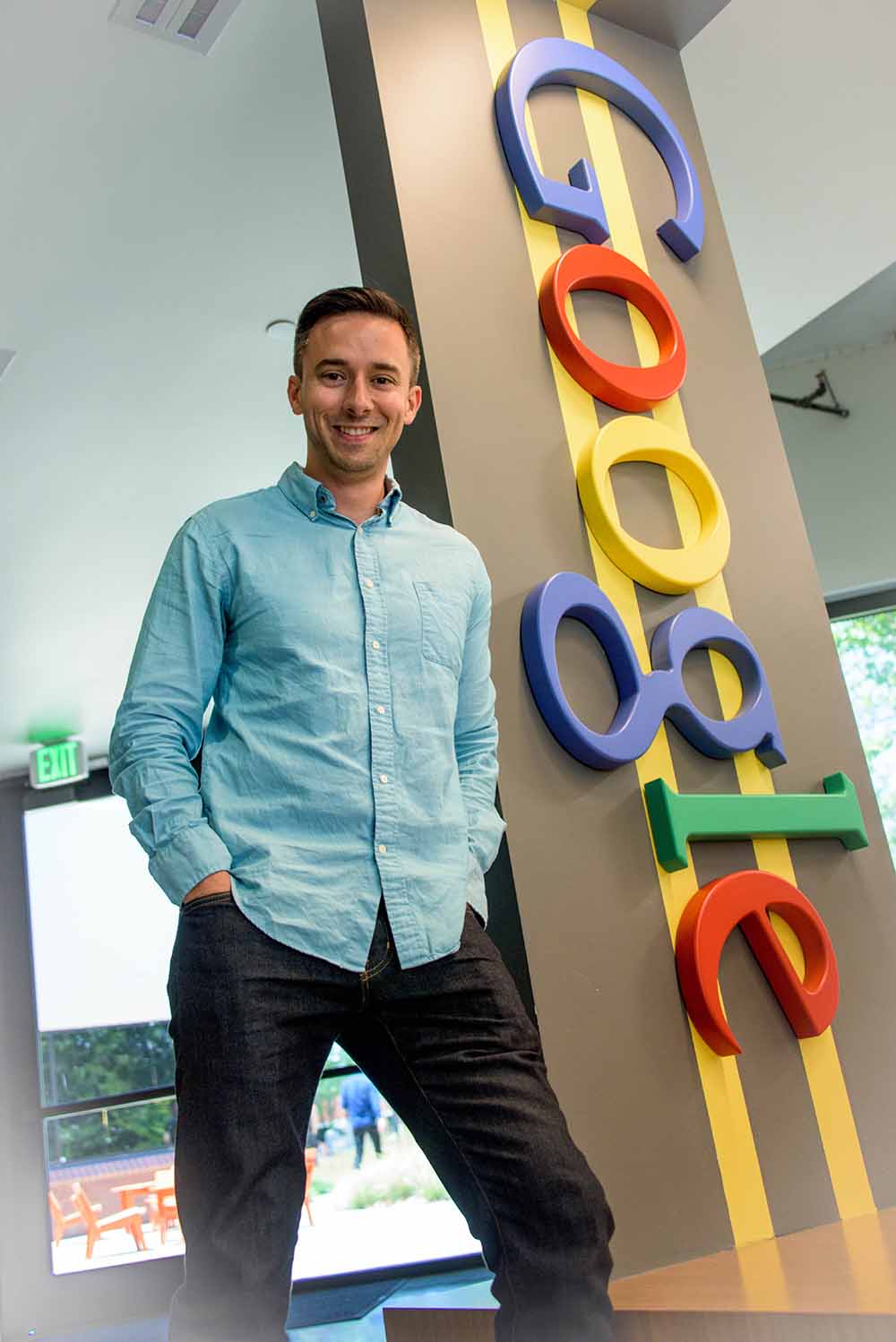 Nathan Iglesias, who graduated from the Dari program at DLIFLC, is a solutions lead in recruiting new talent for Google. (Photo by Amber K. Whittington, DLIFLC Public Affairs)

From Afghanistan to Google, communication is vital

When Capt. Nathan Iglesias was deployed to Afghanistan as an intelligence officer in 2008, he quickly became a valuable asset with knowledge of the Dari language that he studied at the Defense Language Institute Foreign Language Center.

While embedded as a trainer with the Afghan National Army, Iglesias helped Afghans establish a routine system for gathering intelligence and producing reports for their chain of command. He also found that communication itself was not a problem but that accurately reporting events and documenting them presented a challenge.

“For me to walk across the base 300 meters could take over an hour, because all the Afghans want to talk to me. Afghanistan is “a relationship-based society. Afghans are proud about knowing a lot of people and can be formal about it, spending time to chat and discuss issues over a cup of sweet chai (tea),” said Iglesias, in an interview with the Monterey County Herald newspaper in 2009.

Fast forward to 2017, and today Iglesias works for Google, where one could say that he has been able to employ many of the lessons he learned about human nature in Afghanistan.

“I use a lot of the same social skills I employed while in Afghanistan, in terms of connecting with people, spending time to discuss their plans and dreams, as we discuss the possibility of them joining the team here,” explained Iglesias, a program manager lead in Google’s Technology Staffing Infrastructure department, where he finds new, young, and competent talent to join Google.

“Google’s corporate philosophy is to put the employee’s needs at the center of their success model, says Iglesias. In Afghanistan, where companies are far from having or being able to afford such a corporate philosophy, Iglesias believes that the human touch, similarly to what he does today at Google, is what really makes a difference.

A native of Pacific Grove, Iglesias graduated from Santa Clara University, joined the Army, attended DLIFLC in 2007 and then went to Cornell for graduate studies. Since his deployments, he has been promoted to major and continues to serve as a member of the California National Guard. “And DLI is still the toughest school I have ever attended,” Iglesias confirmed.