Most students who attend the Defense Language Institute Foreign Language Center don’t expect to meet a Korean Zen master during their studies, let alone be able to ask existential questions. 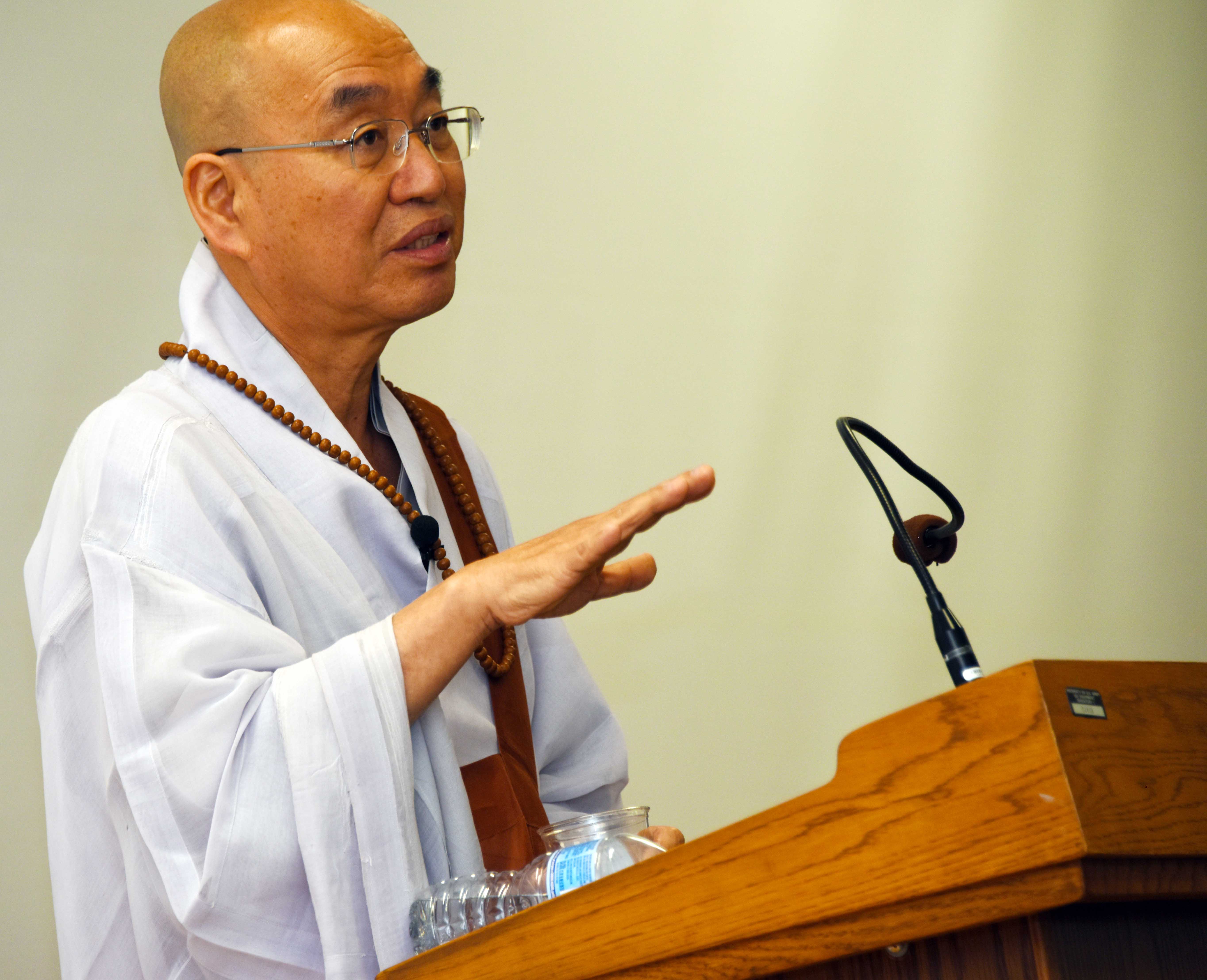 The Venerable Pomnyun Sunim speaks from the podium at the Korean language school at DLIFLC Sept. 25. (Photo by Natela Cutter)

“Being able to speak to someone who is so distinguished is honestly the coolest thing I have ever done,” said Airman 1st Class Michael Rikli, who was able to participate in a question and answer session in Korean during the visit of the Venerable Pomnyun Sunim, a Buddhist monk and Zen master, Sept. 25.

The Venerable Pomnyun Sunim is renowned for his humanitarian efforts, especially in North Korea, the promotion of human rights, world peace, the eradication of famine, disease and much more. He has several million followers on social media, frequently attributed to his candid rhetoric and simple style in giving advice and replying to existential questions.

“I told him that I was afraid of failing the test and wanted to know how to deal with those thoughts of failure,” explained Rikli.  He told me ‘Imagine taking a driving test and flunking it. Would you really want to be driving? No? Well it is the same thing. You take the test again,” he said as the auditorium with hundreds of Korean language students rocked with laughter.

Often traveling to the United States to give lectures attended by academicians and government analysts, the lecture opportunity for Korean Language students and their instructors was an extraordinary encounter. 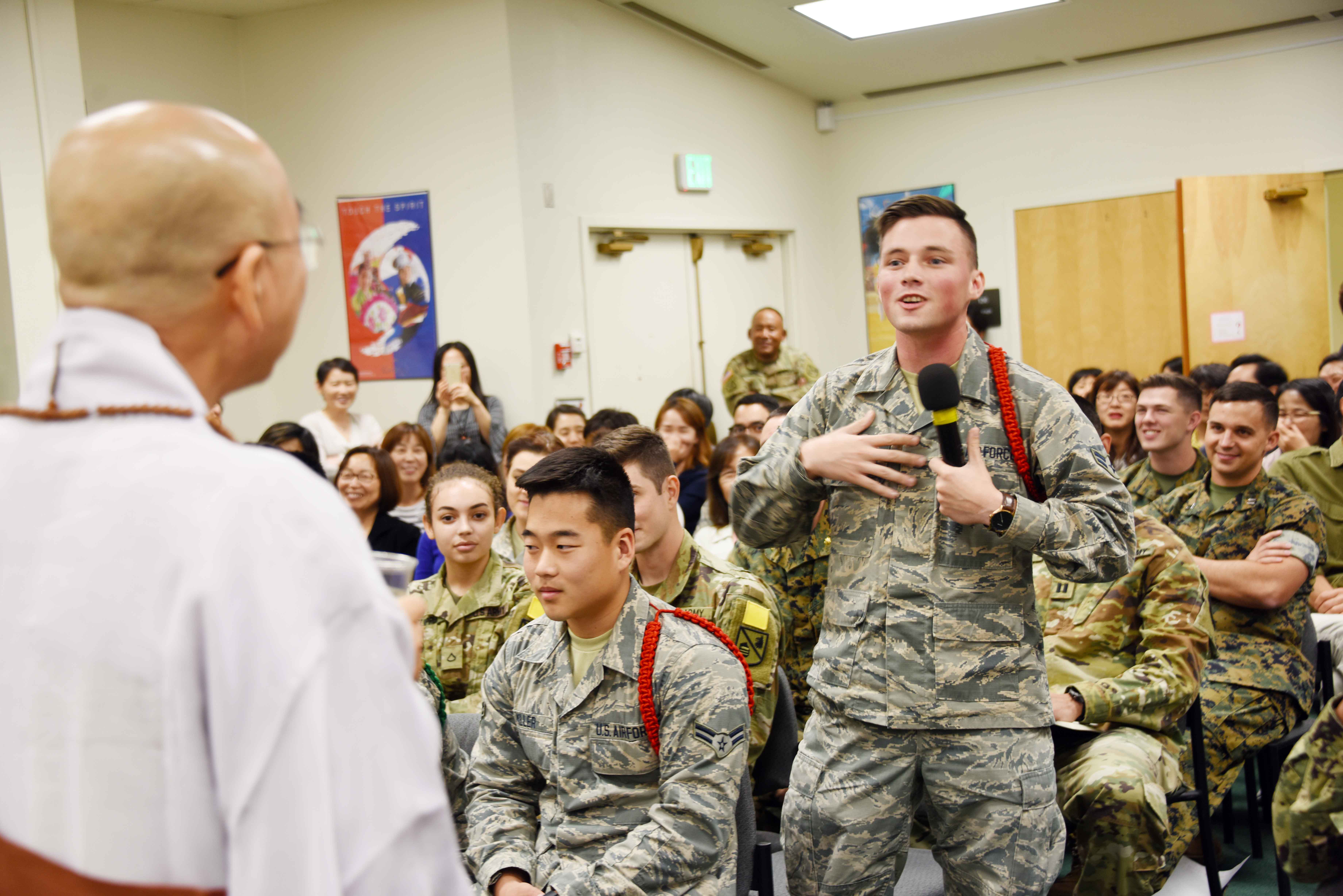 Airman 1st Class Michael Rikli poses questions to the Venerable Pomnyun Sunim, a renowned Korean Buddhist monk and Zen master. Students in the last semester of their 64 week Korean language course were invited to listen to the lecture and ask questions. (Photo by Natela Cutter)

“It is indisputable is that he is one of the most prominent thought leaders in South Korea.  As far as I can tell, his popularity stems from his longtime activism and outreach efforts on a variety of issues, ranging from inter-Korean relations to more mundane topics, relatable to a wider segment of the Korean population, “ said Korean language instructor Seung-Jae Oh.

“I found it super interesting that there was such diversity in the topics, from daily life issues to economic sanctions and North Korea,” said Spc. Raven Clipper. “And when our teachers spoke with him, they used very formal speech, but he replied as if he were talking to a friend.”

“In short, I think it’s really great that we were able to have him come to the schoolhouse and interact with the students and faculty. It was definitely one of the more memorable moments of my experience here at DLI,” said Oh.