The first time I met Henry Klaput, it was not long after he’d had a difficult medical procedure. The 89-year-old was checking the mail when I pulled into his driveway. Though he was walking carefully, the dappled sun did little to hide his straight, broad shoulders and neat appearance. Understated and confident, Henry and his sharp-as-a-tack wife, Maxine, have lived in Carmel, California, for over 40 years.

After we’d settled into their cozy living room, Henry began to share his military experience.

“I was mostly infantry,” he began, speaking of his Army career and when he joined. “I was only 18 years old at the time. I still needed my mother’s signature to get in the service. Which was a long time ago, 1948.” 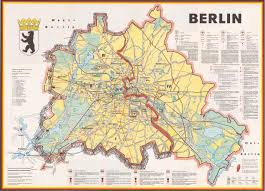 When Henry retired from the Army 20 years later in 1968, he’d been through two major conflicts and countless skirmishes. He joined just two years before the Korean War began and retired after a tour in Vietnam.

I asked him about his decorations. Casually, like it was no big deal, he said he had a purple heart and several bronze stars.

I repeated back to him in surprise, “Several bronze stars?”

He just shrugged, as if being awarded for valor or meritorious service during combat multiple times was no big deal.

It was ten years into his career with the Army, while stationed in Fort Ord that Henry looked into learning a language at the Army Language School, or Defense Language

“When I was first sergeant of a company at Fort Ord, later on I became an operations sergeant. I checked with the intelligence officer and asked him how hard would it be if I went to DLI? He checked on it and said, ‘We can put in the paperwork. What do you want to do?’ Well, I’ll put in for Polish. Polish was my second language at the time. But when the orders came down, they put me into Russian.”

After graduation in 1960, Henry was stationed in Berlin. He wasn’t sure he would get the chance to use his language much as a first sergeant. It wasn’t until the Soviets put up the Berlin Wall in 1961 that Henry was called on to be a translator.

“The colonel would look at me and say, “Okay, Klaput, go put on your blue suit” and off you go. I was interpreting for the State Department… At times I would be interpreting for the Provost Marshal’s Office when he (colonel) would discuss things with the Soviets in East Berlin. We would go there and I would interpret for him there. (Then) we would come back and discuss it.”

He was also a convoy leader for the Soviets traveling through Allied-occupied West Berlin to the rest of Soviet-occupied East Germany. 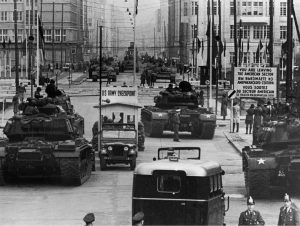 “Each one of us would lead a convoy once or twice a week because they (the Soviets) would send troops across just to keep the Autobahn open between the two sectors. It was the only way for them to get through.”

The departure point for those convoys was at Checkpoint Charlie, where Henry would sometimes stand guard. Checkpoint Charlie was a little wooden shack in the U.S. sector of West Berlin that stood in the shadow of East Germany’s looming Brandenburg Gate. It was stood up shortly after the Berlin wall was erected and was the only entrance through which the Soviets could enter West Berlin. It came to represent resistance to the Berlin Wall because of its simplicity and temporary nature.

Henry was able to experience history from his behind-the-scenes view as a military linguist, thanks in large part to his training at DLIFLC.

For more of Henry Klaput’s story, you can visit our podcast site, DLI Lingo, on SoundCloud at https://soundcloud.com/user-477388101 or visit our website at www.dliflc.edu. Look under New at DLIFLC.