Record attendance at JFAOC on the Presidio

Key note speaker Rear Adm. David Manero, who is slated to be the next defense attaché at the U.S. Embassy in Moscow, addresses some 200 FAOs and their spouses during a course hosted at the Presidio of Monterey June 6-10. (Photo by Amber K. Whittington, DLIFLC Public Affairs)

“I have come all the way from Romania to attend this course,” said Lt. Cmdr. John Amiral, who currently works as the director of the Joint Visitor Bureau at the U.S. Aegis Ashore Missile Defense System Romania. “This is a great opportunity to learn about our profession, but also to meet people and network.”

The five-day course that includes spouses, is held biannually at the Presidio of Monterey and is meant to prepare newly minted FAOs for their careers where they are expected to serve as defense attachés, security cooperation officers and political-military planners worldwide. As a part of this training, many FAOs attend a language course at the Presidio and or attend the neighboring Naval Postgraduate School to obtain highly specialized Master degrees.

“Some day you will get a call from a four star (general or admiral) who will ask you for your opinion,” regarding a political situation,” said key note speaker Rear Adm. David Manero who is going to be the next defense attaché at the U.S. Embassy in Moscow. 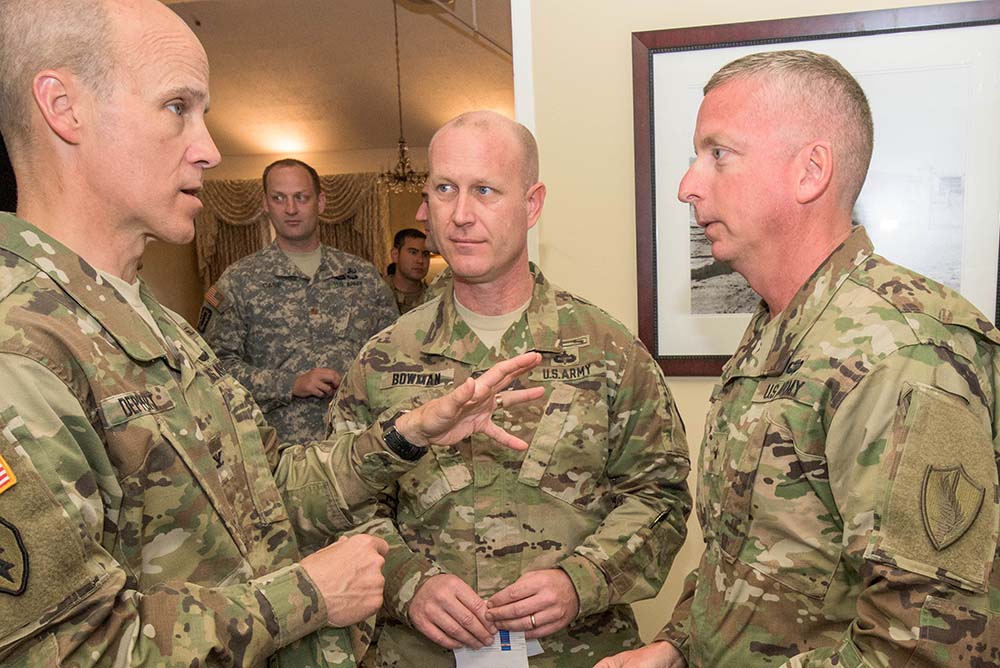 Sharing his experiences as a seasoned FAO, Manero told the audience to “Get out there and mingle with people who are not necessarily part of the military,” referring to living abroad on assignment. “Use ‘direct osmosis’ and move about the society…don’t put the (foreign) language away but read and know the current events and history.”

Brig. Gen. Joseph Rank, a DLIFLC graduate of Hebrew and Arabic, currently assigned to the United Arab Emirates as the senior defense attaché, spoke to FAOs about their future roles when attached to U.S. Embassies around the world.

“My FAOs are worth two or three non-FAOs because they have language and culture expertise and effectively know how to communicate. It is like having a first year medical student versus having a M.D. on your staff. The level of understanding they bring clearly leads to results.”

“Just last month we had an inaugural ribbon cutting for our facility and welcomed the NATO secretary general, the president of Romania, the foreign minister, etc.,” said Amiral, referring to the May 12 event he participated in. The Aegis Ashore Missile Defense System received its operational certification which is considered a key milestone in the development of a NATO ballistic missile defense system in Europe.

The concept of equipping military officers with regional expertise, language skills, and knowledge of U.S. and foreign political-military relationships dates back to 1889 when the U.S. sent permanent military attaches to London, England, Paris, France, Vienna, Austria and Saint Petersburg, Russia.