Top DLIFLC instructor is TRADOC NCO Instructor of the Year 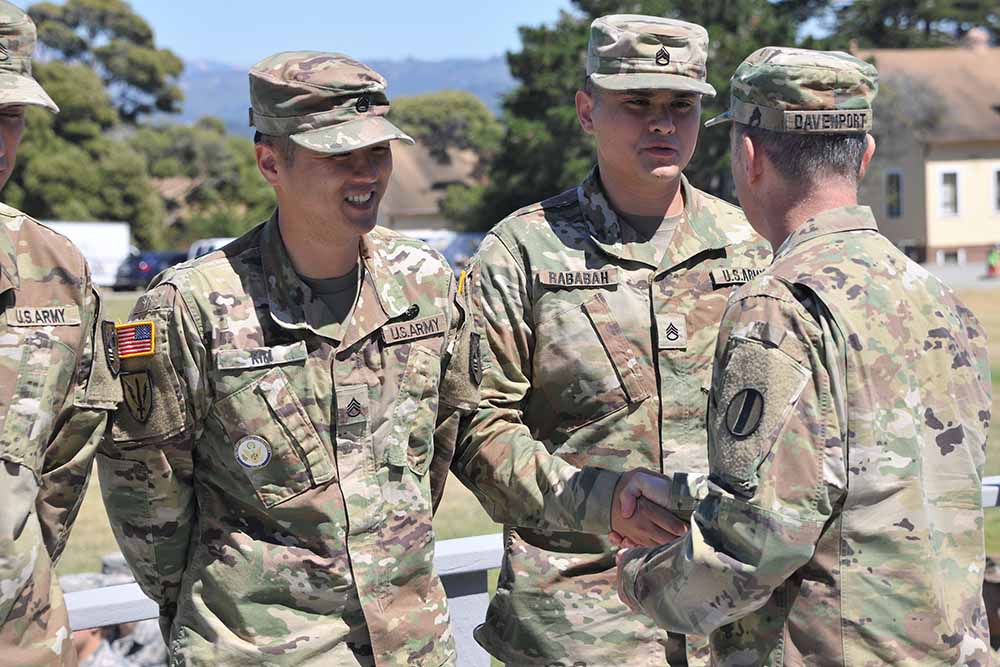 Staff Sgt. Alex Rababah (right), an Arabic Military Language Instructor at the Defense Language Institute Foreign Language Center, Presidio of Monterey, shakes hands with Command Sgt. Maj. David Davenport, the senior enlisted leader for the U.S. Army Training and Doctrine Command, June 16, 2017. Davenport congratulated Rababah for being named MLI of the quarter at the institute. Rababah would go on to be named the TRADOC Instructor of the Year in the non-commissioned officer category for 2017. (U.S. Army photo by Patrick Bray/Released)

“It was an honor to win this competition knowing the caliber of those who enter this contest,” said Rababah “I competed against NCOs from all 37 TRADOC schools, mostly Advanced Individual Training instructors, but all of whom were extremely competent.”

TRADOC applied a very comprehensive selection methodology to identify and select the most highly qualified nominees. The final winners would be chosen by a virtual selection panel, but Rababah faced one problem that other TRADOC schools would not. His teaching video in his Arabic class would have to be transcribed for the judges.

Fortunately, a viable solution was found. Rababah was able to submit video of himself teaching the Army’s foundation instructor/facilitator course to the Army National Guard in San Luis Obispo, California, but it would also mean he would be teaching Soldiers whom he just met for the first time.

Needless to say, Rababah was nervous.

“After the 45-minute mark we took a break and I got a lot of positive feedback from the students,” said Rababah. “After it was over I felt like a huge weight was lifted off my shoulders.”

Rababah was grateful for the Guardsmen’s encouragement, which reminded him of what he tells his own students.

“I tell them every single day not to be afraid. From my own experience I would have stopped myself from doing a lot of things if it wasn’t for someone encouraging me,” said Rababah. After learning that he won, his first thoughts were of his students whom he wanted to thank.

Each year since 1988, TRADOC conducts the annual Instructor of the Year Competition to recognize the quality and skill of instructors and educators as enablers for TRADOC and the Army. This will be the first time that a NCO from DLIFLC has won. 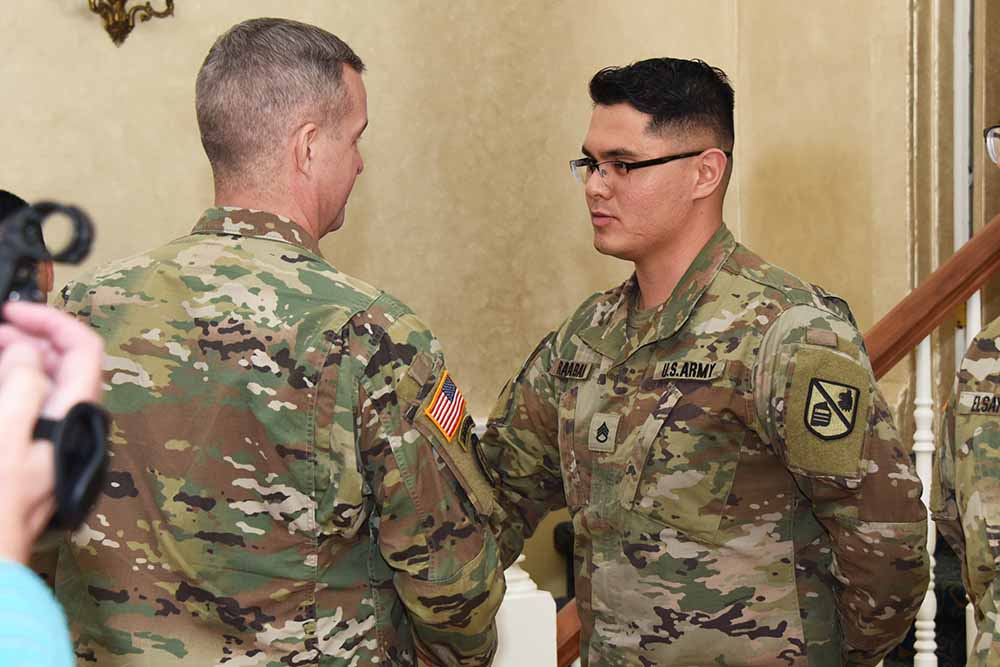 “We are not only extremely proud of Staff Sgt. Rababah for being the TRADOC NCO Instructor of the Year, but also for his professionalism and being the mentor and role model that he is to his peers, students and fellow NCOs,” said Col. Phil Deppert, commandant of the institute. “He is truly deserving of this recognition, and an inspiration to the entire team at DLI.”

Over the past several years Rababah has won MLI of the quarter twice and three Team Teaching Excellence Awards. Alongside these duties, Rababah still had time to volunteer 600 hours at the local Society for the Prevention of Cruelty to Animals and lead the DLIFLC Color Guard for the last three years.

MLIs are qualified NCOs who teach students in their language and serve as an example to them. They bridge the gap between the military units and the civilian staff in all eight schools and languages taught at DLIFLC.

To professionalize Army instructors and enhance their standing, the Army created the Army Instructor Badge in 2014 as a development and recognition program and the first badges were awarded to Army MLIs at DLIFLC in September 2017, including Rababah.

Rababah will be recognized by the TRADOC commanding general during the upcoming Commander’s Forum in August. In the meantime, Rababah will enroll in the DLIFLC Russian Basic Course to study what will be his fourth language, right after Arabic, Tagalog, and Cebuano, in all of which he has tested at Level 3.

DLIFLC provides resident instruction in 17 languages at the Presidio of Monterey, California, with the capacity to instruct another 65 languages in Washington, D.C. The Institute has graduated more than 220,000 linguists since 1941.