Languages aren’t the only thing being taught here at the Defense Language Institute Foreign Language Center. 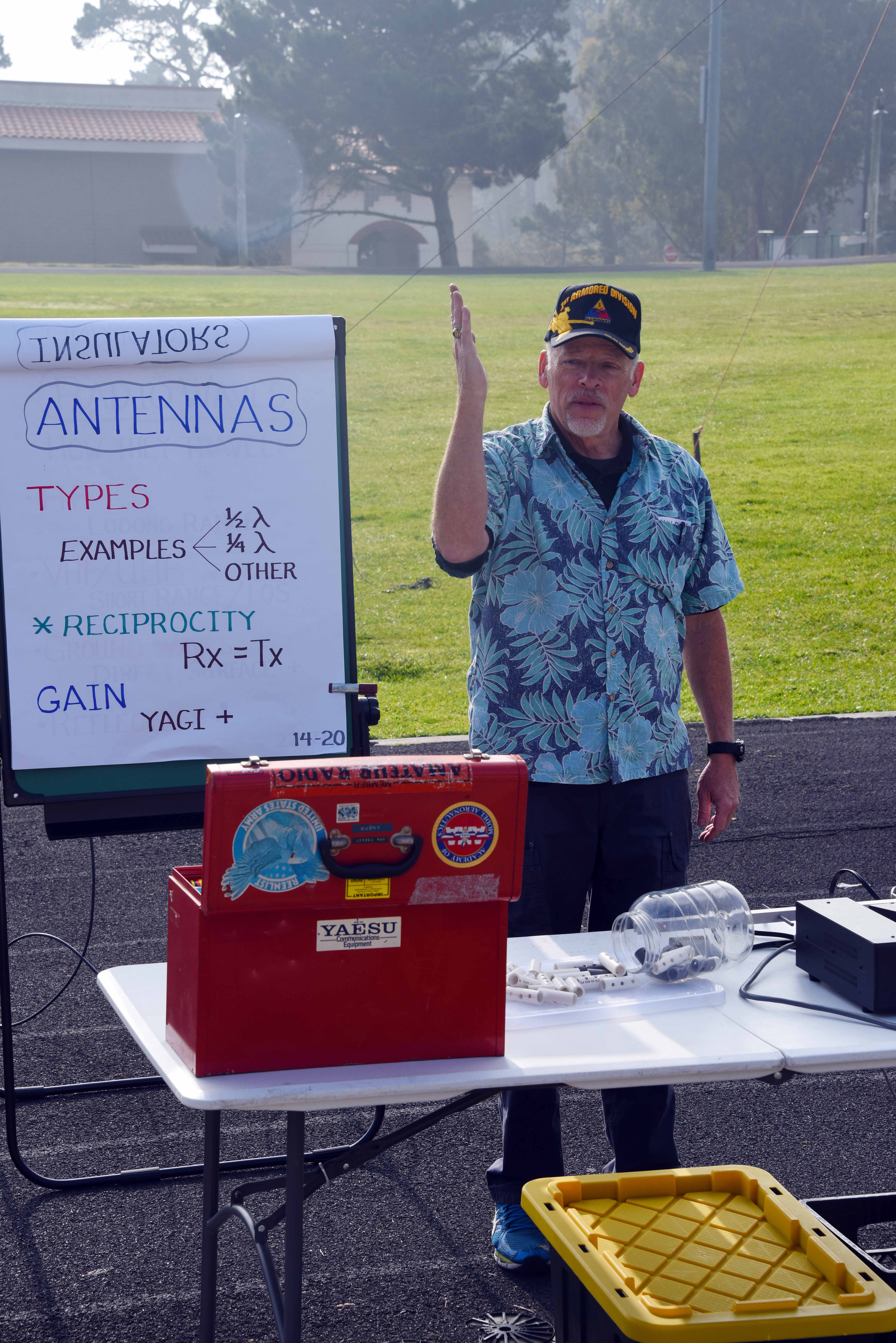 Army Capt. Matthew Hughes, commander of Company C. 229th Military Intelligence Battalion at the Presidio of Monterey, believes his Soldiers with the military occupation specialty code of 35P – cryptologic linguists – would benefit from learning how to amplify their radio signal.

“This is a critical task,” Capt. Hughes explained, “because down range, a lot of our equipment won’t function correctly or we need to enhance it.” For instance, he said, they might be going out into the field where there is low connectivity. “This is the best way to do that for redundancy in communications.”

To that end, Hughes enlisted the help of a retired major in the Air Force, Rick Lagerstrom, who has extensive experience in ham radios and training military and civilians on how to enhance them.

“What we’re going to do today is teach the students how to work with wire,” said Lagerstrom from Hilltop Field, where over 40 soldiers gathered to learn how to build field expedient antennas. “We’re going to work with coax (cable) and then we’re going to put it all together into a halfway dipole which is significantly better than any of the other vertical antennas they might be using out in the field.”

To put it into perspective, according to Lagerstrom, with the enhanced dipole, “significantly better” can be 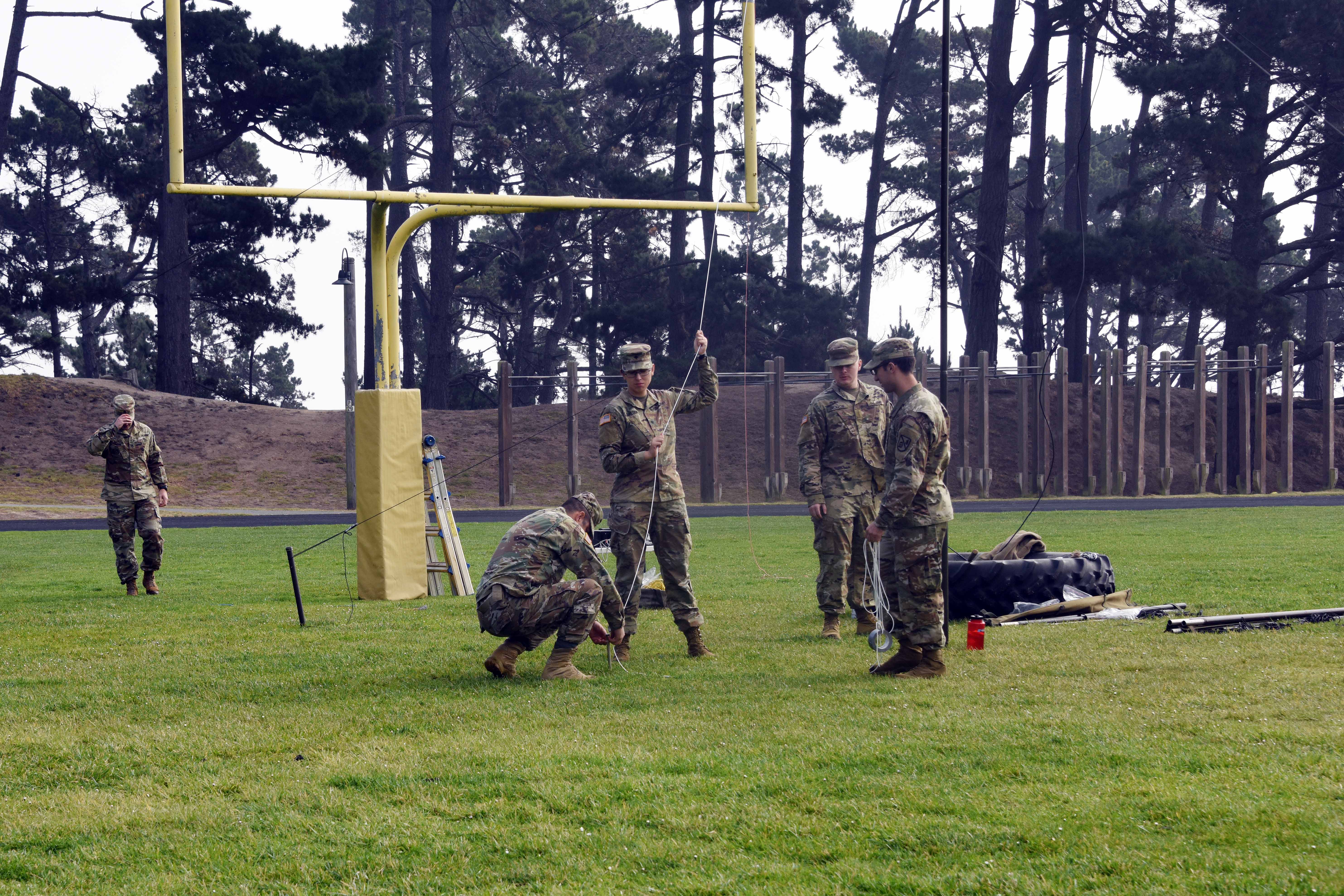 Soldiers from the 229th MI BN learn how to set up a radio antenna at Hilltop Field.

In order to make these dipoles in the field, the Soldiers have to have the ability to be resourceful, Hughes said. “They have to know how to use whatever is available to them in the field.” Things like trash or bottle caps from their lunch or MREs. The point is, Hughes said, they need to know how to improvise when conditions aren’t ideal.

This is a critical skill, Longestrom said, because linguists intercept. “That’s using radios. And they need to be able to understand what’s coming across. That’s not just knowing the language, it’s being able to hear it. And with weak signals, the signals are cut off. The bandwidths are not pure nor is it wide enough so consonants just go away and many other sounds are not really clearly audible.”

You can see our video story here: