From the Historian: Choirs of the early language schools 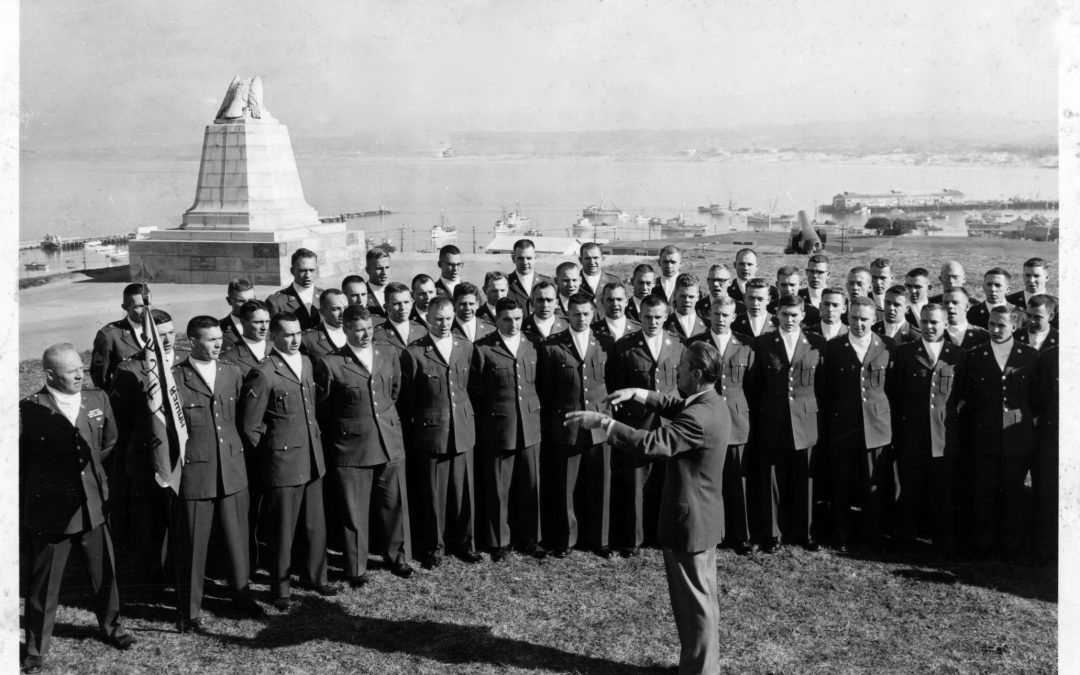 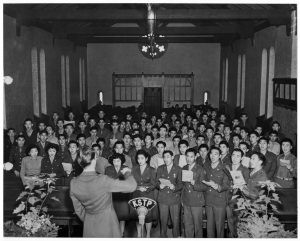 PRESIDIO OF MONTEREY, Calif.  – During World War II, the Military Intelligence Service Language School, the predecessor of the Defense Language Institute Foreign Language Center at the Presidio of Monterey, established a choir that allowed members to learn and sing traditional Japanese folk music. The MISLS choir facilitated learning in the target language, gave insights into the culture of the language being taught, and had recreational aspects.

Members practiced during their off time and on weekends, often performing in the historic chapel of Fort Snelling, Minnesota, where the school was then based. The choir gave featured performances during graduation ceremonies even after moving to PoM, choosing to sing “Megumi No Kikari,” a tune composed by the well-known Japanese organist Eizaburo Kioka, and directed by Staff Sgt. Tsuyushi Matsumoto for the December 1946 graduation. 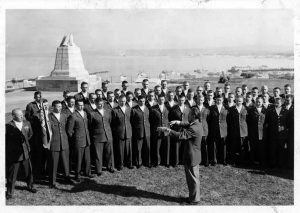 In 1947 the Army recast its Japanese language school into a multi-language program better suited to the needs of a “cold war” with the Soviet Union. Russian quickly became the flagship program with up to 1,000 students studying at PoM at any given time. Without skipping a beat, the newly established Army Language School recruited dozens of Soldiers eager to improve their language skills by learning to belt out Russian folk tunes.

That same year, the ALS Soldiers’ Chorus performed “Stenka Razin” and “Polushko” at the October commencement. While the MISLS Choir set the precedent, the ALS Soldiers’ Chorus was perhaps more consciously modeled upon the world-famous Don Cossack Choir organized by Serge Jaroff in 1921 from the charismatic exiled opponents of the Bolsheviks. Nicholas Romanoff was the first director of the ALS choir, but Nicholas Vorobiov went on to lead it for more than two decades transforming the choir into a signature program of the school, which became as well known in its time as Language Day is known today.