The Command History Office advises the command leadership on all matters pertaining to the military history of the Defense Language Institute Foreign Language Center (DLIFLC) and the Presidio of Monterey. The Command History Office maintains the DLIFLC’s institutional memory and ensures that historical information, insights, and perspectives are used in the decision-making process and in other functions and programs.  Military history helps strengthen training, enhance leadership development, promotes morale, and fosters general historical-mindedness within the command.

Some of our functions include: 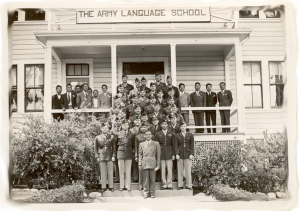 The Historic Records Collection (archives) at the DLIFLC contains historic documents, photos, and newspapers that chronicle the history of the institute, its home at the Presidio of Monterey, and the former Fort Ord, which closed in 1994. Part of the archival collection includes maps and blueprints of Presidio of Monterey and Fort Ord buildings, as well as other associated building records. These are a valuable resource for anyone working on research related to Army buildings, military history, or the Presidio or Fort Ord in general. The general public is welcome to come and view these records by appointment with the archivist.

The photographic collection within the archives spans over 100 years, beginning with early Monterey history. Also available are photos depicting life in the Army at the Presidio, including the cavalry units, infantry units, the 76th Field Artillery, as well as historic images of the base and surrounding locations.

The institute maintains the only known and nearly complete collection of these newspapers. The Command History Office is currently indexing its newspaper collection and will make digital copies available via the web in the future, pending the availability of staff and funds.

Some of the Defense Language Institute Foreign Language Center’s archival collections have significant research value for those studying military history, Monterey History, and the histories of Fort Ord and the Presidio of Monterey, as well as foreign language training.

To learn more about each of the collections please click on the collection’s name below or the plus sign on the right. To request an appointment to view any of the archival materials within the Historic Records Collection or to make a reference request, please Contact Us by e-mail.

Historical period between 1902 and 1946 is covered in three historical collections, which you can access below:

1) The Presidio of Monterey Historical Collection consists of documents and photographs regarding the history of the Presidio of Monterey from the 1500’s to 1980s, as well as local Monterey historical information. Military units included are the 1st, 10th, 8th, 9th, and 11th Cavalry, the 12th and 20th infantry, as well as the 76th Field Artillery, CMTC, ROTC, and CASA. The subject matter consists of marches, maneuvers, parades, training, training, individuals, and general images of camp life. Also included are documents and images of early Monterey, specifically the landing of Viscaino and Father Serra, as well as downtown and Cannery Row scenes. – (Download PDF)

3) The Black Military History Collection consists of records, sketches and photographs regarding the history of black soldiers who began serving in the U.S. military in the French and Indian Wars, as well as the Revolutionary War.  This record group has specific information on the history of the Buffalo Soldiers of the 9th and 10th U.S. Cavalry.  The 9th/10th Cavalry came to the Presidio of Monterey in November 1902.  The 425 black troopers of the 1st Squadron, 9th Cavalry under the command of Captain G.W. Read pitched their tents near the Chinese fishing village in Pacific Grove (near the present day Hopkins Marine Station). The 9th Cavalry were the first black soldiers stationed in California. – (Download PDF)

The Fort Ord Historical Collection generally consists of records, unit books, pamphlets, clippings, maps, and photographs relating to Fort Ord and nearby military facilities and areas from the early 1940s until 1994.  These holdings feature information about the 7th Infantry Division, development of the post, and military training during various periods.  The collection documents camp life, maneuvers, marches, troop reviews, inspections, recruits, aerial images, buildings and construction, encampments at Camps Gigling, Ord, Clayton and Fort Ord, and the filming of such Hollywood films as “Bugle Call” and “Fearless Fagan.” – (Download PDF)

Related collections include information about General Joseph Stilwell and other prominent local officers.  The Command History Office also maintains a large number of Fort Ord maps and blueprints and a nearly complete archival collection of the post newspaper called the “Panorama,” published from 1940 until 1993.  Currently, access to the paper or its indexes can be arranged by appointment.

The following unit books, similar to high school yearbooks, represent a sample of thousands that were produced by U.S. Army combat and basic training units stationed at Fort Ord before its closure.  More will be added as they become available.

We have two collections which cover the period since 1946, and you can access those below:

1) The Army Language School Historical Collection consists of records regarding the history of the Army Language School (ALS) and the creation of DLIWC (Defense Language Institute-West Coast). Valuable historical information about the formation of ALS and DLI available within this collection consists of organizational charts, departmental timelines, instructor recruitment.  – (Download PDF)

2) The DLIFLC Command History, written by the Command and Deputy Historians, are available to the public as reference documents. The Command History generally covers one to two years of DLIFLC’s academic and administrative history and is divided into six chapters with each chapter discussing an important aspect of the function, structure, and management of DLIFLC and its associated garrison—the Presidio of Monterey.  The report includes various appendices, figures, a glossary, and an index to help the reader make efficient use of a document primarily intended to serve as an encyclopedic reference and official history of DLIFLC and the Presidio during this period. Most references cited may be found in the DLIFLC and Presidio Archives located in the Chamberlin Library at the Ord Military Community in Seaside, California. Please contact the Archives to learn more about the Command History or to request materials reported in the Command History.

Use the magnifying glass on the right to search our collection for images, maps, blueprints, and documents related to the Army Language School/Defense Language Institute Foreign Language Center (DLIFLC), historic Presidio of Monterey (including cavalry, infantry, and other Army units assigned to the Monterey Peninsula), the City of Monterey, and the former Fort Ord. Use a keyword search or browse by subject matter. The advanced search option allows the user to specify date ranges within an image or document search. 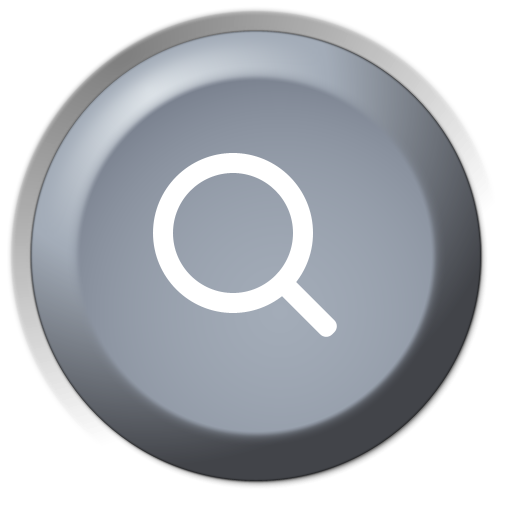 For further information about the Command History program, or to request information regarding the history of DLIFLC, the Presidio of Monterey or Fort Ord, please write or e-mail us.