A new avenue for conflict resolution

Communication is a fundamental part of the human experience. Both verbal and nonverbal cues are important to any relationship, personal or otherwise. Relationships in the workplace are no exception.

Human communication is complex enough without adding complicated factors like different cultures, beliefs and personal habits. When you mix these all together in one office and shake it up for eight hours a day, five days a week for the foreseeable future, things can get sticky.

If you feel like you’re in a place where a work relationship just isn’t working and you’re fed up, DLIFLC has a new solution for you: Bernardo Bayley, the new DLIFLC ombuds. 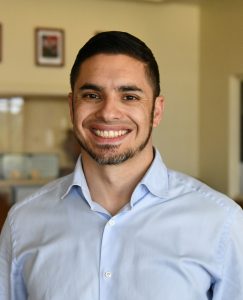 An ombuds is an impartial person who provides an independent, confidential and informal avenue for anyone struggling with discord in the workplace. The presence of someone like Bayley is an effort by DLIFLC to resolve conflicts at the lowest level.

Steve Collins, the chief of staff at DLIFLC who will be overseeing the position, explained it this way: “Mr. Bayley, as the ombuds, will function independently. His role is to operate as a neutral third-party to help find solutions to complaints and issues through alternative dispute resolution. He will also be a resource to provide training on various topics, like how to properly conduct a ‘crucial conversation’ regarding job performance, etc.”

The position is new because up until now, the only way to resolve an issue beyond the personal level was to make a formal complaint to the Equal Employment Opportunity office or to the inspector general. DLIFLC hopes that bringing in an ombuds will help people feel like they have someone to talk to and who will listen to them without bias.

Sometimes employees just want to be heard, says Collins or sometimes a supervisor might have a hard time reaching an employee. With an ombuds, he adds, “we are able to resolve some issues through mediation just by listening and hearing what either one person or another has to say and trying to reach a common understanding.”

It is important to note that going to speak with Bayley will in no way stop an employee from pursuing other avenues. If an employee feels that the only way to resolve a conflict is to submit a formal complaint, going to see the ombuds will not stop that process.

“There are certain timelines we all have to meet in formal processes,” explained Collins. “So I would say that the ombuds is just a different mechanism or channel that someone can use” to resolve problems.

Bayley comes to the position as a former DLIFLC graduate, military language instructor and contracted civilian instructor. He has spent years at DLIFLC working with federal general schedule employees and faculty personnel.

Bayley, who started his position Feb. 18, believes a large part of his job as an ombuds will be to help improve morale. “I’ll do whatever I can to improve the Institute as a whole,” he said.

“Bayley is very calm, thoughtful, and a very intelligent guy,” said Collins. “I have no doubt that he’s going to do well.”