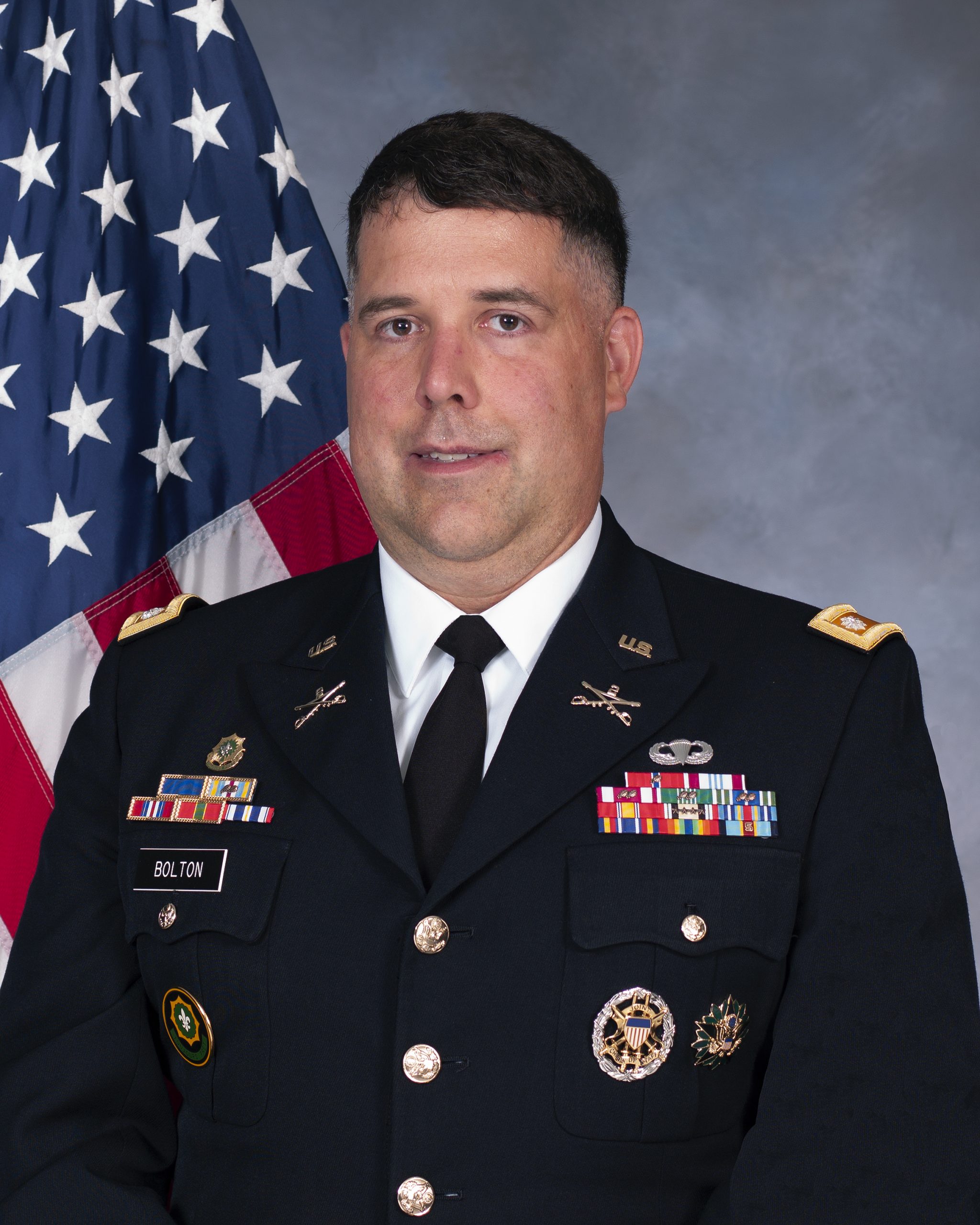 Bolton was commissioned as an Armor Officer in 2000 after graduating from Texas A&M University, and designated into the FAO Corps as a Western Europe FAO in 2010. He holds a Master of Arts degree in International Relations from Boston University, Boston, Massachusetts (2014), an Associate of Arts degree in Turkish from the Defense Language Institute, Presidio of Monterey, California (2012), and a Bachelor of Science degree in Zoology from Texas A&M University, College Station, Texas (2000).

Bolton is married and has two sons.