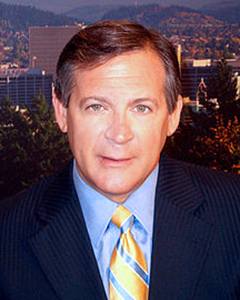 Lt. Col. Francona graduated from the DLIFLC Vietnamese Basic and Intermediate Courses in 1971, the DLIFLC Arabic Basic Course in 1974, and the DLIFLC Arabic Intermediate Course in 1978. He distinguished himself during numerous assignments in the Middle East, including tours as an advisor to the Royal Jordanian Air Force, Liaison Officer to the Iraqi armed forces, and personal interpreter and advisor to Gen. Norman Schwartzkopf. He was the lead interpreter for the ceasefire talks with the Iraqi Army that ended Operation Desert Storm. After the Gulf War, Francona served as the first Air Attaché in Syria. He also served with the Defense Intelligence Agency and the Central Intelligence Agency, and helped develop the Defense Department’s counterterrorism intelligence branch. Since retiring from the Air Force, Francona has written numerous articles and books on the Middle East, and appears regularly on several media outlets, including NBC Nightly News and MSNBC. 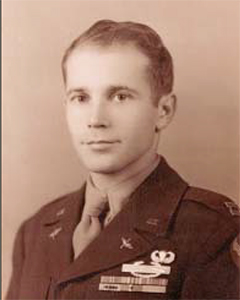 Col. Fife graduated from the DLIFLC Russian Basic Course in 1948. He is widely considered the “Father of Airborne Intercept” for the Air Force. In a career that spanned seven decades, he helped create the Air Force Communications Intelligence (COMINT) capability. He transformed Army Security Agency equipment and organizations into the Air Force’s first Radio Squadron (Mobile) and created the first airborne COMINT collection program, and established Air Force Security Service (USAFSS) intercept sites at Misawa, Ashiya and Wakkanai, Japan and in Korea. Col. Fife planned and flew on the first USAFSS COMINT recon mission in 1949, paving the way for future BLUE SKY COMINT missions. He set the standard for employment of linguists in the Air Force that continues today. 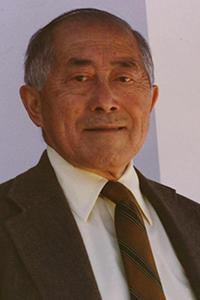 Mr. Kihara was a Japanese instructor at DLIFLC for 33 years. As one of the four original Japanese instructors hired for the Fourth Army Intelligence School, Kihara was a “Founding Father” of DLIFLC. During his tenure at DLIFLC, he taught thousands of Japanese linguists. He also served as in several leadership positions within the Institute, including Language Division Director, Chief of Research and Development, and Chief of the Support Division of the Systems Development Agency. After retiring from DLIFLC, Kihara was active in the Monterey community as well as the Military Intelligence Service Association. He published numerous articles in magazines and professional journals. Kihara died in February of 2005. 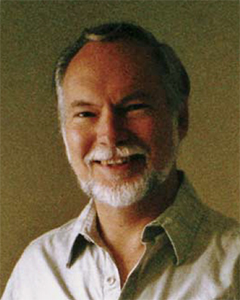 Mr. Hugh G. McFarlane graduated from the DLIFLC Russian Basic Course in 1966 and the Hebrew Basic Course in 1970. During nearly 23 years as a Navy linguist, he helped establish the National Security Agency/Cryptologic Security Service (NSA/CSS) military linguist program, and specifically designed and established an internship program which remains the longest-lived language intern program in the cryptologic community. He also established and administered the first Naval Security Group language maintenance program, at Misawa, Japan. After retiring from the Navy in 1988, McFarlane worked at DLIFLC, where he authored the Final Language Objectives for all basic and intermediate/advanced courses, affecting more than 3,000 students every year. He also implemented the Feedforward/Feedback system, helped write the Command Language Program manual, and guided seven comprehensive curriculum reviews. During his seven years at DLIFLC, he mentored over 15,000 cryptologic students. 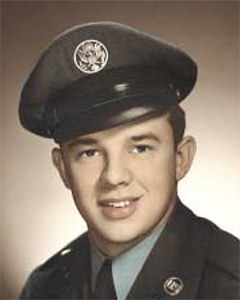 Maj. Gen. Doyle Larson was instrumental in the development of a career linguist force with the Air Force. He founded RC-135 COMBAT SENT Airborne Reconnaissance Units at Eielson Air Force Base, Alaska, and Offutt Air Force Base, Nebraska. He also established the RC-135 operation at Kadena, Japan, in support of U.S. military operations in Vietnam, which is credited with saving many downed pilots, as well as numerous assists for air-to-air kills during the war. Later, Larson commanded the Electronic Security Agency (now the Air Intelligence Agency), where he developed the “COMFY OLYMPICS” language competition. This competition continues today and was the precursor to the DLIFLC Linguist of the Year competition. Larson is a fervent supporter of military cyptolinguists. Upon his retirement, he received the Order of the Sword from the AIA enlisted community for his tireless dedication to bettering the lives of enlisted linguists, to include promotions, selective reenlistment bonuses, flight pay for enlisted aircrew linguists, and quality of life improvements. In retirement, Larson served as President of the Air Force Association. 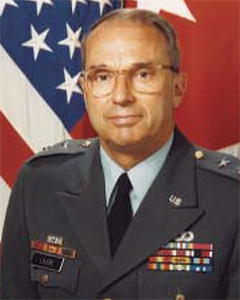 Maj. Gen. Roland Lajoie graduated from the DLIFLC Russian Basic Course in 1968. From 1973 to 1976, he served as Assistant Army Attaché to the Soviet Union, after which he commanded the U.S. Army Russian Institute in Garmisch, Germany. He later served as Deputy Director for International Negotiations, J-5, Joint Chiefs of Staff; first Director, U.S. On-Site Inspection Agency; U.S. Defense Attaché in Paris and Moscow, and Chief, U.S. Military Liaison Mission, Potsdam, East Germany. His last military assignment was as the Associate Deputy Director for Operations/Military Affairs, Central Intelligence Agency. Lajoie served in a civilian capacity as the Deputy Assistant to the Secretary of Defense for Cooperative Threat Reduction until January 1998. In December, 1998, President Clinton appointed Lajoie as the U.S. Chairman to the U.S.-Russia Joint Commission on POW/MIAs, where he led efforts to uncover the fates of military personnel of both sides missing since WWII. Lajoie is a stalwart example of a military linguist using his skills in service to this country. 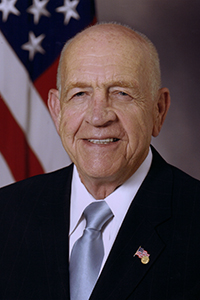 Mr. Glenn Nordin graduated from the Army Language School Russian Basic Course and the Vietnamese Advisor Course. During his military career, he served as a voice and Morse interceptor with tactical forces, Operations Officer with the Army Security Agency in Berlin, a Deputy Branch Chief at the National Security Agency, a ground Intelligence Officer in Vietnam, and as a Translator Shift Chief for the Washington-Moscow Hotline in the National Military Command Center. Nordin held a variety of language-related civilian positions for the Department of Defense after he left the service before becoming Executive Secretary of the Central Intelligence Agency’s Foreign Language Committee in 1993. In that capacity, he supported a wide variety of initiatives in foreign language education, training, collection, processing and analysis. Nordin also developed the concept of virtual language processing, allowing linguists to share their workloads more efficiently and to accomplish their tasks more quickly. He has had a tremendous impact on the day-to-day lives of linguists and greatly facilitated their work. 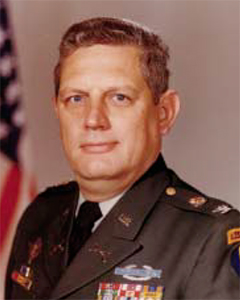 Colonel David A. McNerney was DLIFLC Commandant from 1981 to 1985. His tenure saw a wide range of significant improvements to the institute during a period in which the student population doubled in four years, with associated faculty expansion. He developed, articulated and implemented an expedited construction program for 25 new buildings. These included two large General Instruction Facilities, Price Fitness Center, thirteen modern barracks buildings, nine academic and administrative support buildings and a massive utility upgrade. He completely reorganized the Troop Command structure, replacing all leadership positions with language-specific personnel and significantly reducing company size by activating additional companies to better support the academic program. McNerney initiated a professional development program for all assigned military linguists, which included language proficiency development and the use of Military Language Instructors (MLIs). He also instituted myriad academic and testing initiatives, doubled the size of the permanent civilian faculty, instituted the Faculty Personnel System and created performance pay for instructors. Even more important to military linguists, McNerney developed the system of Foreign Language Proficiency Pay that was later enacted by Congress. His accomplishments in just four years had a remarkable impact on language training and linguist retention for the Department of Defense. 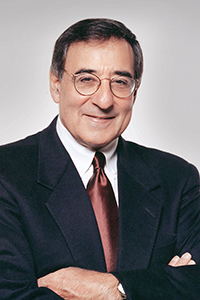 Mr. Leon Panetta has championed language education in the military, and worked to improve DLIFLC’s home at the Presidio of Monterey, for over 30 years. During his term as Representative to the Ninety-fifth and the eight succeeding Congresses, he was instrumental in providing funds for capital improvement projects on the Presidio in the late 1980’s and early 1990’s. Nicholson Hall, Munakata Hall, Aiso Library, Munzer Hall, Price Fitness Center and the newer troop billets at the upper end of the Presidio are there due to Panetta’s advocacy for the institute. Panetta played a key role in the institute being regarded as an academic institution, through his efforts to secure teacher compensation based on educational background and performance. His support in Congress of better pay for DLIFLC faculty led to the current Faculty Personnel System. Panetta has continually advocated for more and better language instruction in the United States and was a key participant in developing and gaining congressional approval for the National Security Educational Program. Panetta served as Chair of the House Budget Committee; Director, Office of Management and Budget; and White House Chief of Staff and Defense Secretary. He and his wife, Sylvia, founded and lead the Leon and Sylvia Panetta Institute for Public Policy. 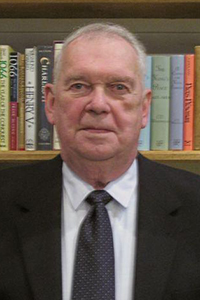 Mr. Whitney E. Reed, who was the Commandant of the National Cryptologic School from 1986 to 1993, and NSA/CSS Deputy Director for Education and Training, is a lifelong champion of the foreign language community, with a special concern for military linguists. He developed a system of language training and maintenance at sites outside of DLIFLC for the Navy, and adapted it for the Air Force. Today, that system lives on as the Air Force Exportable Language Training Program, which grew exponentially with Reed’s support. He also revised language training curricula to include current, authentic real-world materials in the classroom, making classes much more relevant to military linguists. Moreover, Reed was instrumental in bringing computer technology to language teaching. He provided the first infusion of computers into both NCS and DLIFLC classrooms, and developed teaching guidelines to take advantage of their new capabilities. Perhaps most significantly, though, Reed impelled the Defense Language Committee to establish a realistic, measurable proficiency graduation standard of L2/R2/S2. To complement the new standard, he developed final learning objectives for the basic course that integrate proficiency, performance, and work-focused content domains to provide the Department of Defense with qualified and motivated linguists for the critical security challenges that face our nation.