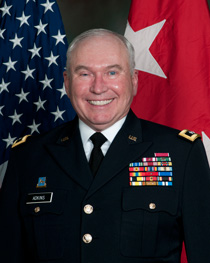 Maj. Gen. James A. Adkins graduated from the DLIFLC Russian Basic Course in 1976. His career spanned nearly 40 years with assignments in Military Intelligence, Infantry and Cavalry units. His first tactical assignment was with the 373rd Army Security Agency Company as a Russian voice intercept. After the collapse of Soviet Union, Adkins established the initial State Partnership Program with the Republic of Estonia. These efforts resulted in joint U.S. Estonian deployments to Afghanistan and a world class cyber training partnership. For his efforts, Adkins was decorated with the Order of the Cross of the Eagle by the President of Estonia and received the U.S. Ambassador’s Award for International Cooperation. In 2008, he assumed responsibility for the State Partnership Program with Bosnia and Herzegovina. His dedication to the Bosnian partnership resulted in joint U.S.-Bosnian deployments to Afghanistan for which he was recognized by the Presidency of Bosnia and Herzegovina and by the American University in Sarajevo with the award of an honorary doctorate. Throughout his career, Adkins called upon skills gained as a young Soldier at DLIFLC to further national strategic and operational objectives while serving his nation at home and abroad. 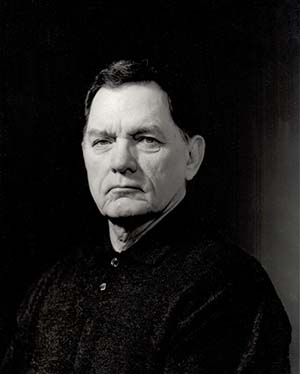 Robert J. Destatte graduated from the Vietnamese language class in August 1966. He served multiple tours with the US Army in wartime South Vietnam, initially as the senior NCO of the Interrogation Section with the 173rd Airborne Brigade. Destatte went on to serve in a myriad of related military and civilian linguist missions in South East Asia, Hawaii, and at home. Notably, he served four years on the staff of the U.S. POW/MIA Office in Hanoi—the first official U.S. presence in postwar Vietnam. In 1995, when the U.S. reopened its Embassy in Vietnam, Destatte resumed his duties at the Pentagon. He was a CIA-trained Foreign Area Intelligence Officer, and served for 23 years as a senior civilian Intelligence Officer in the Defense Intelligence Agency’s Special Office for POW/MIA, now called the Defense POW Accounting Agency. During this time, he provided expert testimony in public and executive hearings before Congressional committees and sub-committees. He retired in 2001 after 43 years of distinguished professional achievements that reflect great credit upon him, the military linguist community, and DLIFLC. 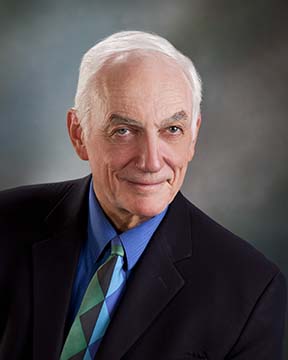 DLIFLC commandant from 1989 to 1993, Dr. Donald C. Fischer was instrumental in the introduction of computer technology into language learning and brought personal computers into every work space at the Presidio. During his tenure, student attrition numbers were reduced from 40 percent to 25, while students increased their level of proficiency from 40 percent to achieving 67 percent at the 2/2/1+ level. Fischer established the highly successful Video Tele-Training program for distance learning and proficiency sustainment training that would help thousands of linguists in the field. He spearheaded DLIFLC’s production of predeployment materials needed during the conflicts in the Gulf War, Panama, Iraq, Somalia, and the Balkans. Most significantly, Fischer was able to secure Congressional support and approval for the Faculty Personnel System that allowed mostly foreign-born instructors to work and thrive within a merit pay based system. Upon his return to DLIFLC as provost in 2005, Fischer picked where he had left off and once again pushed for many of the initiatives he started in 1989, with the implementation of high-tech technology and the distribution of multiple mobile devices to every student in the classroom. 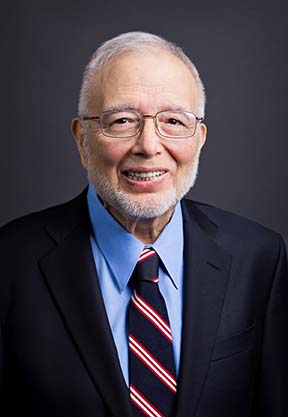 Dr. Pardee Lowe, Jr. a foremost expert on the Interagency Language Roundtable proficiency scale, was the first trainer for DLIFLC in the Oral Proficiency Interview in the 1980s which is today an integral part of the Defense Language Proficiency Test. Lowe confirmed that the high correlation between students’ listening comprehension test scores and their speaking ability scores went hand in hand for successful passing of the Defense Language Proficiency Test. Lowe would spend the next seven years at DLIFLC, delivering professional training that also included training in other skill modalities. Once DLIFLC had become self-sufficient in maintaining a cadre of trained OPI testers, Lowe began coming to DLIFLC to train in text type identification and evaluation. This training continued for several years and provided a common understanding of testing principles with the major sponsor of DLIFLC students. When Lowe moved from the CIA to NSA in 1996, he continued to develop materials for rating reading and listening texts according to the ILR scale, and this groundbreaking work was always shared with DLIFLC. Even after his retirement in 2011, Lowe continued to be active in the revision of the ILR scales, where he remained attentive to DLIFLC’s concerns and needs.

As the Department of Defense Senior Language Authority Gail H. McGinn created the Defense Language Transformation Roadmap and worked on numerous initiatives to improve DOD’s foreign language capability including the creation of the Defense Language Office to provide oversight and execution of the Transformation Roadmap and DOD strategic foreign language policy. She also established the quarterly reporting of language and culture requirements by the services, developed the Language Readiness Index, and established and chaired the Defense Language Steering Committee. As a result of her leadership and advocacy, the DLIFLC budget increased from $77 million in FY01 to $270 million in FY08 in order to support all the changes in increased linguistic readiness. In FY06, one of the major DLIFLC programs implemented as a result of her leadership was the Proficiency Enhancement Program, or PEP. Changes included reducing the student to instructor ratio, increasing the number of classrooms, incorporating learning technologies into the classroom, retooling the curricula, and incorporating overseas training into the program. McGinn also took steps to strengthen the Defense Language Testing System by updating test content and delivery. This resulted in the development of the Defense Language Proficiency Test5.

Dr. Claude O. Proctor is a recognized Russian linguist who made enduring and significant contributions to the DOD foreign language training and operations. He began his career as a professional linguist at the Army Language School in 1959. By the time he became captain, Proctor had an extensive operational resume, broad experience in language training, and fluency in the Russian language. Proctor personally configured, coordinated and led the first job and task analysis teams which visited worldwide locations in Europe, the Middle East, and the Far East where linguists were employed in a variety of jobs. Following his tour at DLIFLC, Proctor was selected as associate professor of Russian and chairman of strategic languages at the U.S. Air Force Academy. After retiring from the Air Force in 1980, Dr. Proctor continued to use his language skills as a Russian technical translator and editor, as well as an instructor of Army military intelligence language specialists. Proctor also provided linguistic support to the NASA-sponsored International Space Shuttle Discovery on the 2A.1 mission.

A DLIFLC friend and benefactor, Walter Scurei is the donor of the Berlin Wall monument and backer of four year scholarship for spouses and children of DLIFLC graduates. As a small boy in Germany, Scurei witnessed the 1945 Red Army invasion of Berlin. At 19, he immigrated to the United States and in 1952 he joined the U.S. Air Force and fought in the Korean War. In 1998, Scurei purchased three slabs of the Berlin Wall from an Arizona warehouse where two hotel tycoons had purchased them for $110,000 in 1990 from the former Stasi East German secret police. Upon finding out about the Defense Language Institute Foreign Language Center and its mission, Scurei decided to donate the slabs to DLIFLC where the monument would serve as a reminder of the Cold War and the need to never allow walls to divide people. The Berlin Wall, the most visited monument on the Presidio of Monterey, was formally dedicated on Nov. 2, 2005.