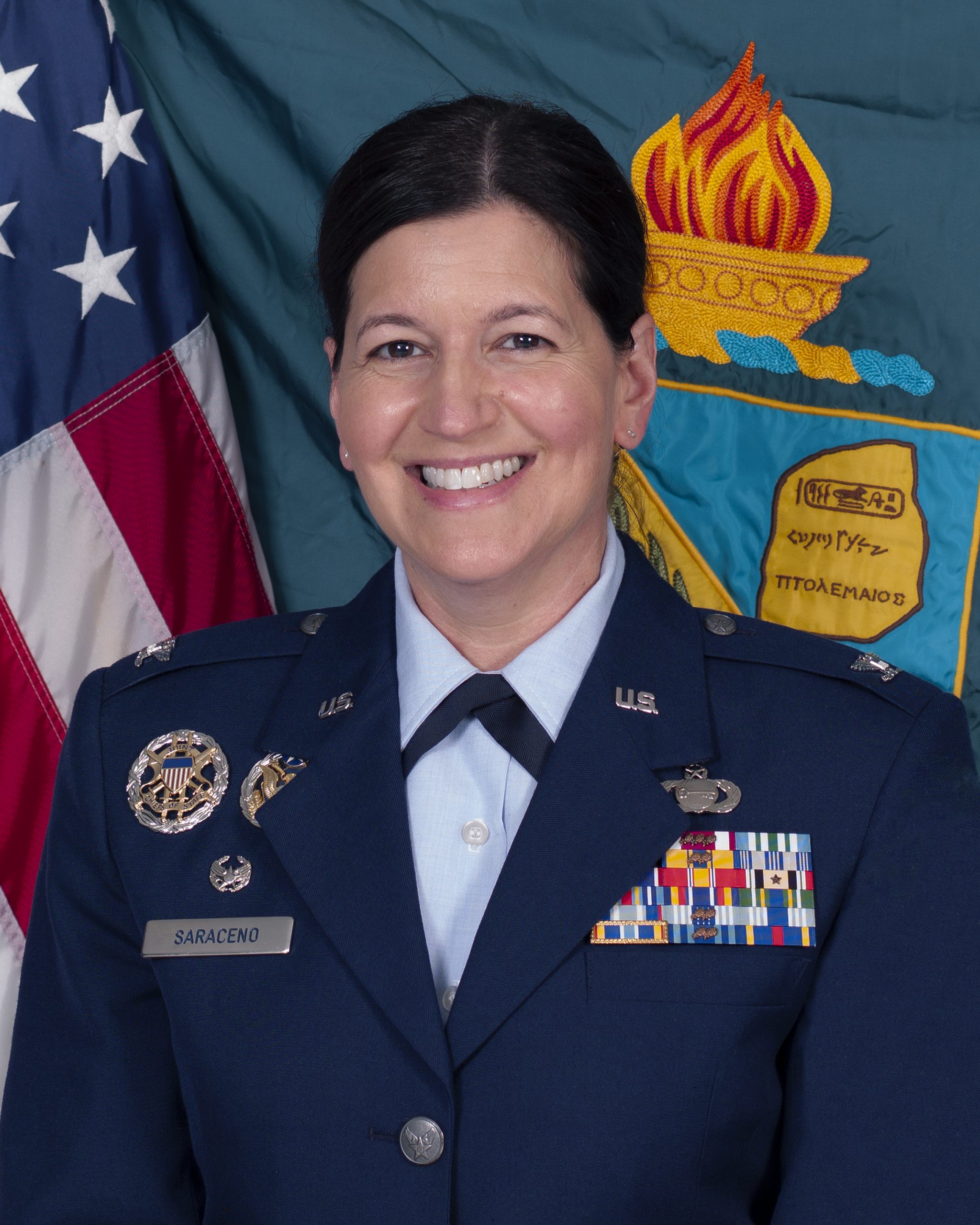 Prior to entering the United States Air Force, Colonel Saraceno worked as a legislative assistant in the United States House of Representatives from January 1993 through March 2000. As a Senior Legislative Assistant and Military Legislative Assistant, she framed and supported execution of the Congressman’s legislative agenda on issues ranging from health care and education to foreign affairs and defense. During this time, the Secretary of the Air Force invited her to attend the Air Command and Staff College Seminar on Capitol Hill, from which she graduated in October 1999.

Colonel Saraceno entered the Air Force through the Officer Training School at Maxwell AFB, Montgomery, Alabama. A career intelligence officer and U.S. Air Force Weapons School graduate, she has held several operational and staff positions, commanded an intelligence detachment charged with supporting space operations, and commanded the Air Force’s largest airborne Intelligence, Surveillance, and Reconnaissance (ISR) flying squadron with over 550 Airmen crewing all variants of the RC-135 reconnaissance aircraft. She served on the Air Staff, the Joint Staff, and on the command staff for the Director, Defense Intelligence Agency. Colonel Saraceno deployed in support of and led intelligence operations for multiple contingencies to include Operations Noble Eagle, Enduring Freedom, and Iraqi Freedom.