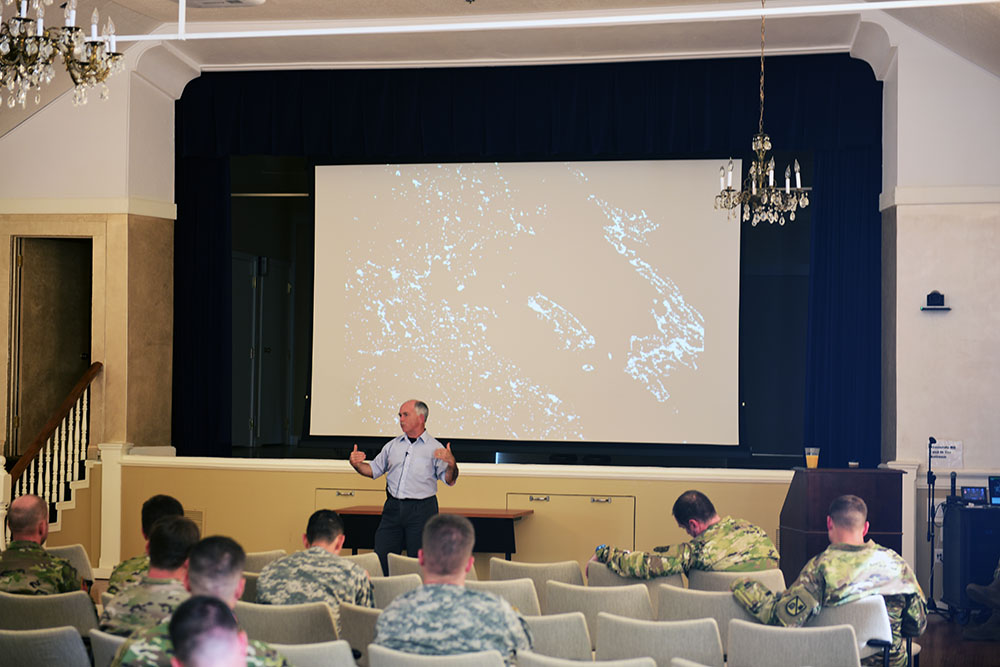 Huntley’s teaching interests include nuclear, biological and chemical weapons proliferation and non-proliferation, and Northeast Asian security. He gave FAOs a detailed lecture on North Korea’s quest to obtain the bomb.

“Why does North Korea do anything it does?” asked Huntley, who explained that motives of the world’s most secretive and isolated regime are sometimes baffling.

Huntley began by discussing the 1970 Nuclear Nonproliferation Treaty, which commits states with nuclear weapons to pursue disarmament, while states without nuclear weapons agree to forgo developing or acquiring weapons of their own. In the 1980s, Mikhail Gorbachev, the last leader of the Soviet Union, pushed North Korea to sign the treaty.

Then, the world began to change dramatically. The Berlin Wall fell and the Tiananmen Square protests in Beijing both took place in 1989, followed by the downfall and 1991 collapse of the Soviet Union, North Korea’s main benefactor.

“The Soviet Union left North Korea out in the cold (after the collapse),” said Huntley. “In the early to mid-1990s North Korea was imploding. We didn’t realize it then because the problem was chronic rather than acute.” 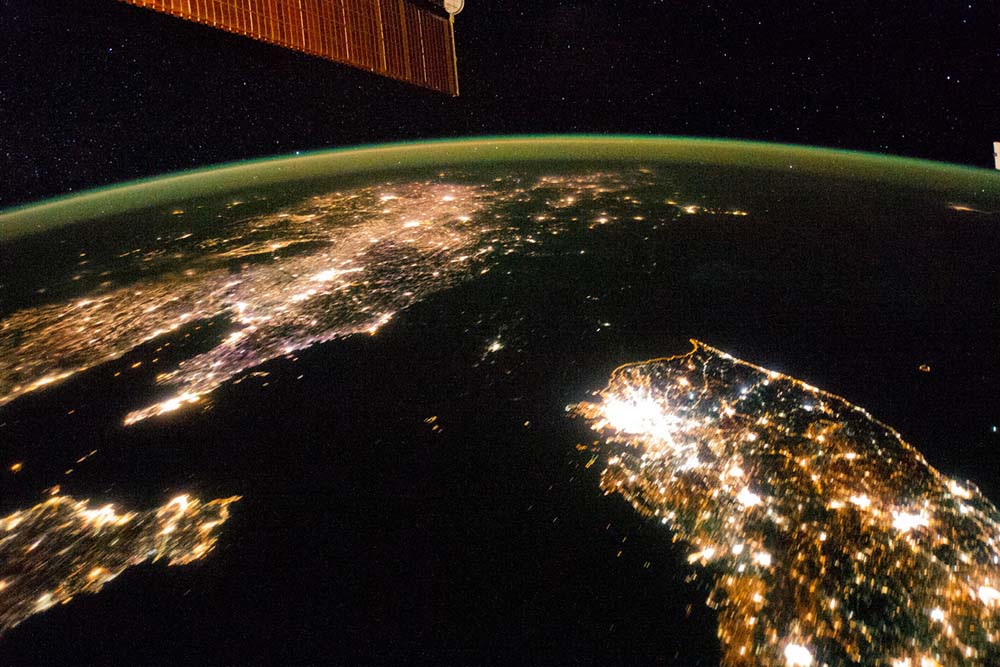 This 2014 photo from the NASA Earth Observatory shows a dark North Korea a midst South Korea and northern China. “Most analysts come to a consensus that the primary focus of North Korea is regime survival,” said Dr. Wade Huntley, academic director of the Regional Security Education Program at the Naval Postgraduate School, who spoke to Foreign Area Officers in language training at the Defense Language Institute Foreign Language Center June 21. (Photo courtesy of NASA/released)

In 1994, North Korea expelled investigators from the International Atomic Energy Agency prompting the Clinton Administration to try to deal with the situation. Former U.S. President Jimmy Carter traveled to North Korea and was able to work out an agreement with President Kim Il Sung. Known as the Agreed Framework, it allowed North Korea to replace nuclear reactors with light-water reactors, which is allowable under the Nuclear Nonproliferation Treaty.

Kim Il Sung died later in 1994 and was replaced by his son, Kim Jong Il.

Today, most experts on Northeast Asia are still trying to determine how Kim Jong Un, who took power after the death of his father, Kim Jong Il in 2011, will shape the direction of North Korea.

“Most analysts come to a consensus that the primary focus of North Korea is regime survival,” said Huntley. 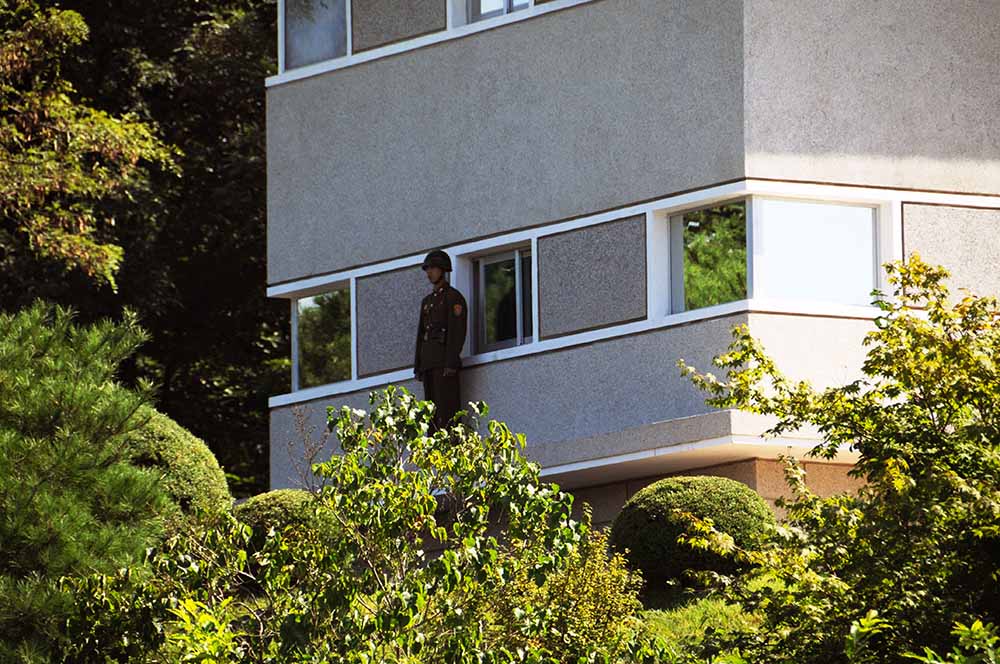 A North Korean soldier looks over Conference Row (not pictured) in the Joint Security Area between North Korea and South Korea from the North Korean side of the Demilitarized Zone in 2010. North and South Korea signed an armistice in 1953 ending the Korean War, but both countries are still technically at war. North Korea currently pursues nuclear weapons and has not participated in the Six Party Talks with South Korea, the U.S., Japan, China and Russia since 2008. (U.S. Army photo by Patrick Bray/released)

The way ahead for the U.S. is a policy of “strategic patience,” which is unlike the more confrontational Bush Administration approach of the early 2000s. The policy suggests that the U.S. can afford to wait for North Korea to make its own decision to denuclearize.

“The U.S. has left a chair at the table for North Korea in the Six Party Talks and has waited for eight years,” said Huntley. “North Korea still hasn’t come (around).”

Huntley spoke as part of the FAO program’s monthly officer professional development program, which is a critical part of FAO training at DLIFLC. The monthly program is as an essential addition to the biannual Joint Foreign Area Officer Course Phase I, usually held in January and June.

DLIFLC provides resident instruction in 23 languages at the Presidio of Monterey, California, with the capacity to instruct another 65 languages in Washington, D.C., graduating more than 200,000 linguists since 1941.

In addition, multiple language training detachments exists at sites in the U.S., Europe, Hawaii and Korea spanning all the U.S. geographic combatant commands, in support of the total force.