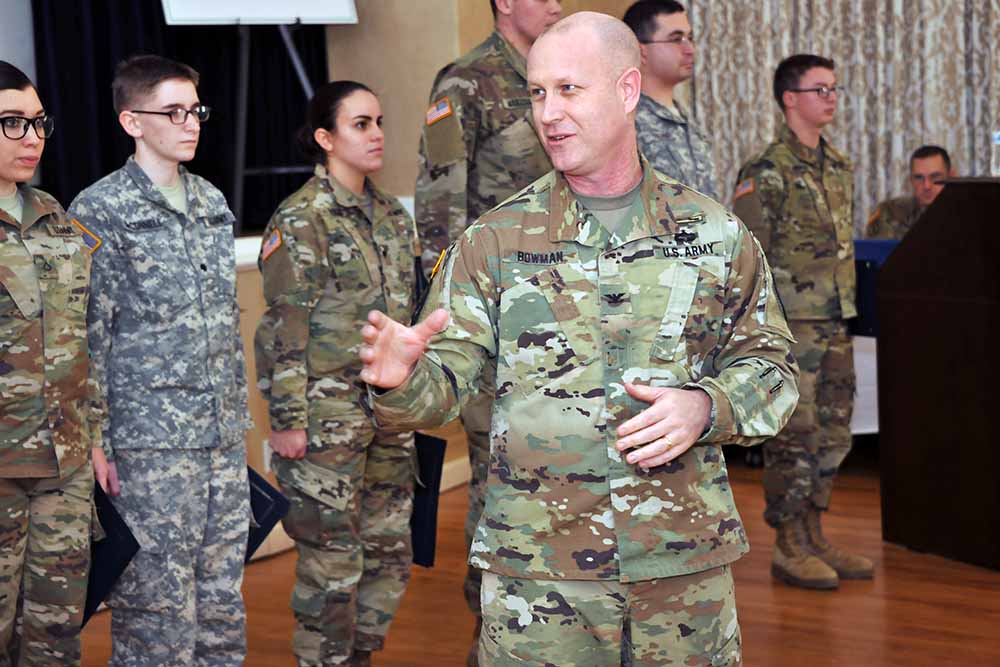 MONTEREY, Calif. – The Foreign Area Officer Program at the Defense Language Institute Foreign Language Center hosted the Joint FAO Course Jan. 23-27 at the Weckerling Center on the Presidio of Monterey.

Col. Phil Deppert, DLIFLC commandant, welcomed all the new FAOs to the Institute and to their profession during his welcoming remarks Jan. 24. Though Deppert is a military intelligence officer, he spoke about the cooperation and the need for FAOs in the services.

The week consisted of training and guest lecturers who are experts in the field of foreign affairs, specializing in regional topics, global plans and operations, and security cooperation. The advice offered ranged cultural faux pas in a foreign country, to how to navigate the diplomatic halls of the Embassies where they will be serving.

Welcome to the community 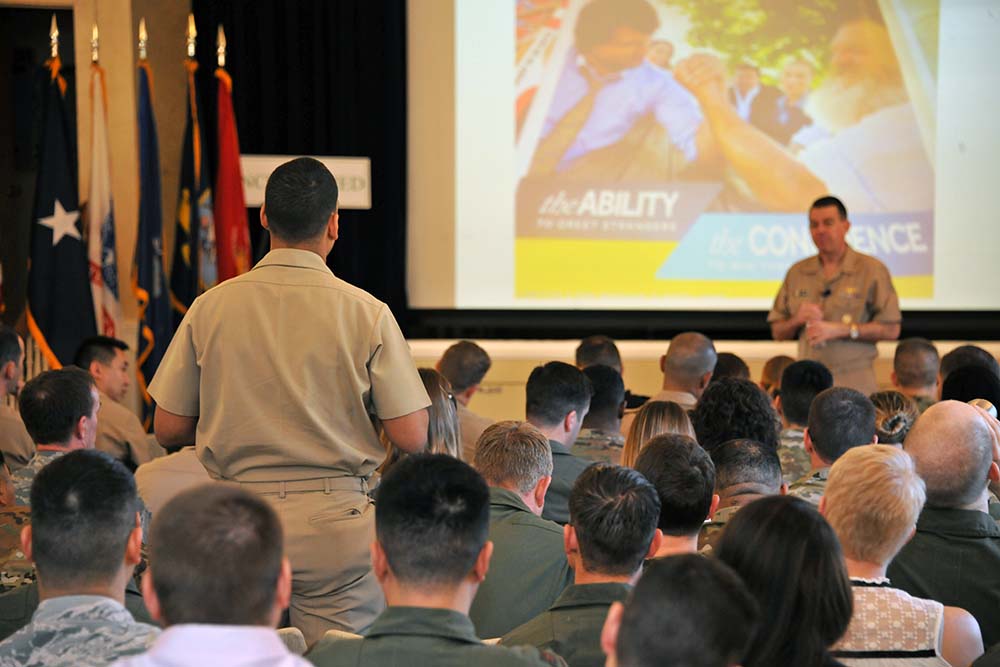 Keynote speaker Rear Adm. Todd Squire, director for international engagement, Office of the Chief of Naval Operations at the Pentagon in Washington, D.C., welcomed the young officers to the community of FAOs.

“I’ve always wanted to be a FAO, even before I joined the Navy,” said Squire, who is a two-time graduate of DLIFLC in German in 2002 and Turkish in 2010. He offered some career advice to the upcoming FAOs.

According to Squire, there are three things the FAOs must always keep in mind. FAOs are strategic enablers to the warfighters; FAOs must be able to communicate complex ideas precisely and succinctly in both writing and verbally; and FAOs must always sustain superior performance.

“We need you there [foreign assignment] so relationships are already built,” said Squire.

Squire quoted Secretary of Defense James Mattis in “recognizing that no nation is secure without friends, we will work with the State Department to strengthen our alliances.”

“And that’s you,” added Squire.

However, not everything is just work. Squire also wants FAOs to enjoy the experience of being a FAO as he relished all of his assignments abroad, which included Japan, Germany, Turkey and India.

“Don’t forget to take it all in,” said Squire. 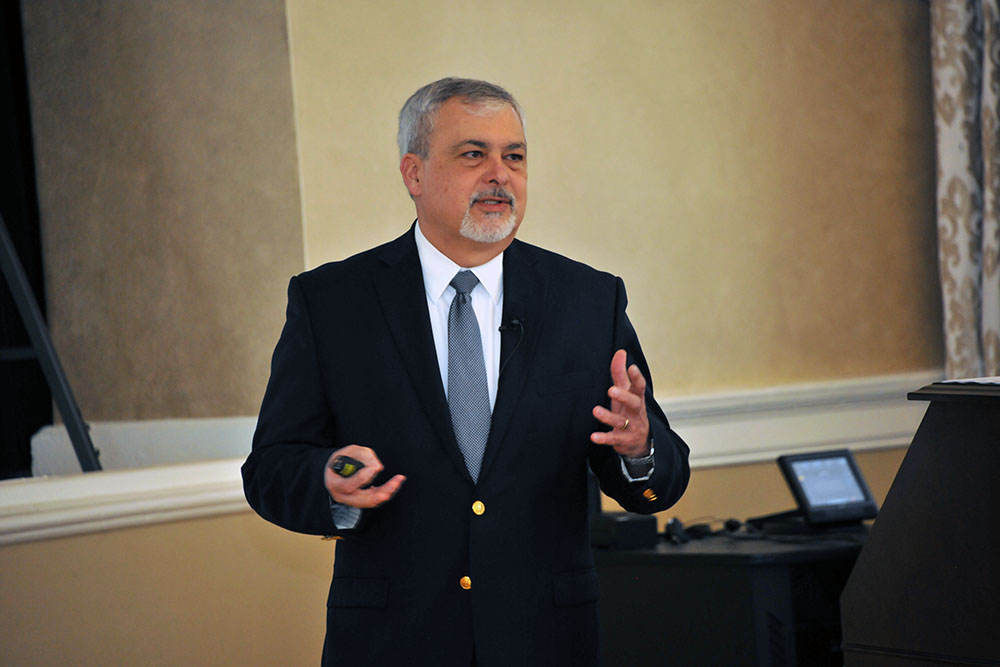 Former Ambassador to the Republic of Cote d’Ivoire, Phillip Carter, spoke to the FAOs about embassy settings and country team assignments. FAOs in the field will work with the U.S. Embassy’s Foreign Service Officers and other interagency personnel in a country team to promote diplomacy and solve problems before they become disputes.

“The foundation of an embassy is the country team and the team captain is the ambassador,” said Carter.

Ambassadors are appointed by the president, confirmed by the Senate and are the personal representatives of the President in a foreign state. All U.S. personnel in a country are under the direction of the ambassador except in a situation where a geographic combatant commander has jurisdiction over Defense personnel, such as U.S. Pacific or European Command.

Carter told the FAOs that “diplomacy is a contact sport.” FAOs will be expected to build relationships as part of their job.

“If you spend the bulk of your week in your office you are doing something wrong,” said Carter. “It’s about people and your relationship to them.” 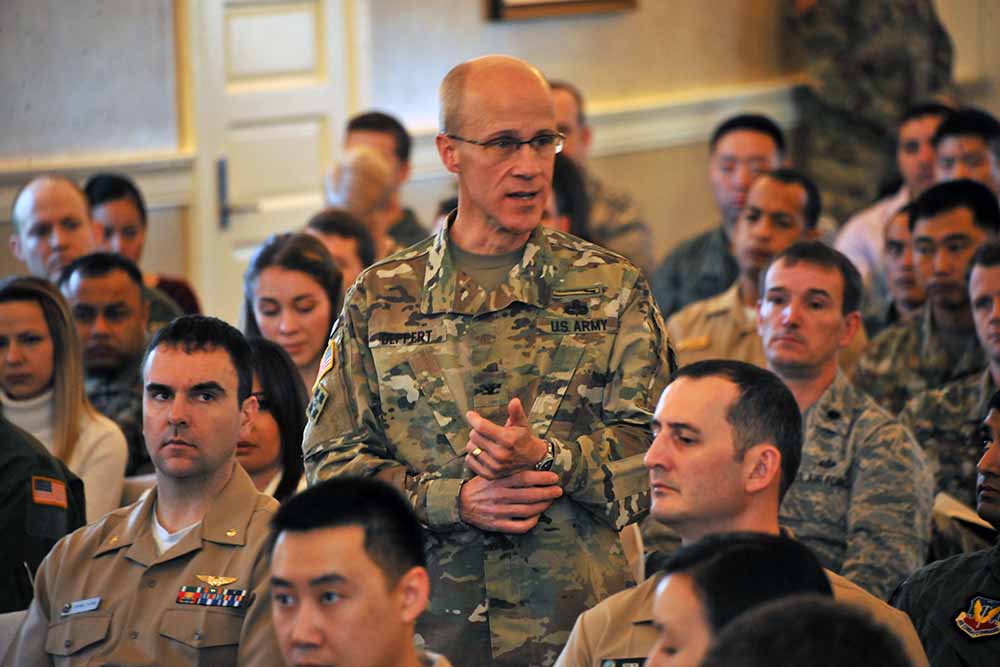 Retired U.S. Army Brig. Gen. Matthew Brand spoke about the language enabled FAO Jan. 26. He served as a defense attaché in the Republic of Georgia and is a Russian linguist. He also served as the former deputy chief of staff for strategic plans and policy at NATO, his final assignment.

As part of their training path, a FAO could spend anywhere between 26 weeks to 64 weeks in class, seven hours per day at DLIFLC studying a foreign language.

“We are training you in this language so you can talk to people. You cannot get access to somebody if you can’t speak their language,” said Brand. “The most important tool in your kit is your language.”

Brand also spoke about empathy, understanding and perspective and how these can help them be better FAOs.

“We’re going to ask you to learn more than foreign language. Step outside your culture. Learn something better and new,” said Brand. “Exploit things you’re good at and work on things you’re not.”

Brand’s final advice to the FAOs was to assimilate all the wisdom from the guest speakers at the Joint Foreign Area Officer Course and take it with them abroad, but if they ever find something that they do or learned does not work, “change it to something that does.”