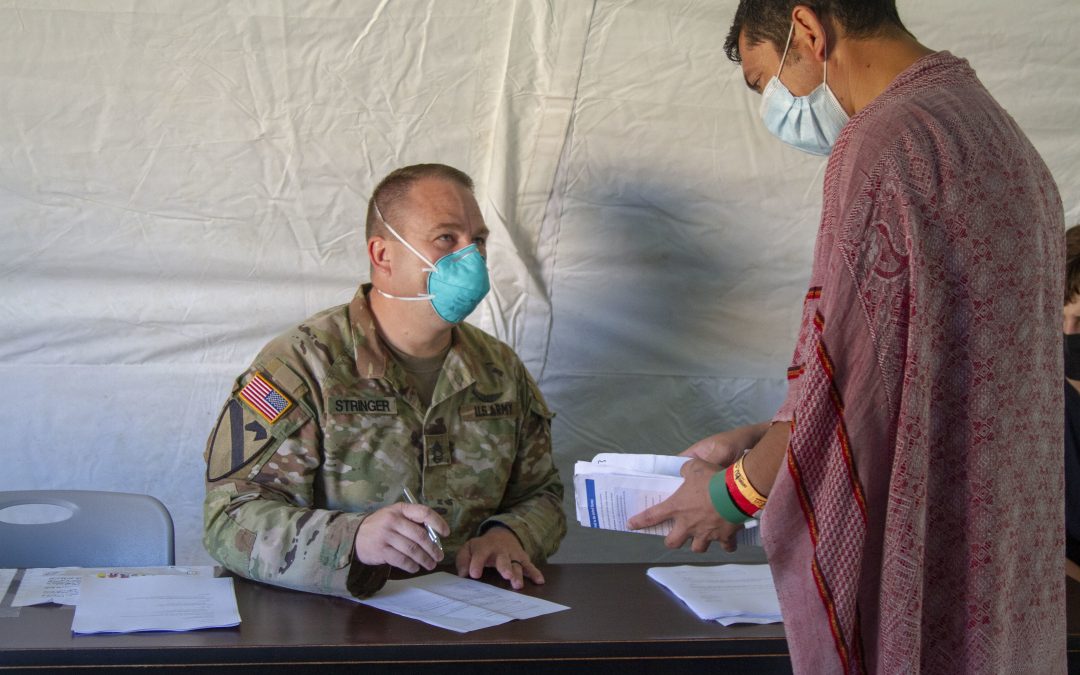 EDINBURGH, Ind. — An Indiana National Guard Soldier, who’s working in support of Operation Allies Welcome at Camp Atterbury, serves as a critical link between his fellow Soldiers and Afghan evacuees. 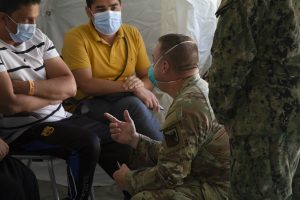 Sgt. 1st Class Joseph Stringer, a Greenfield, Indiana resident who served for more than 17 years in the National Guard, relies on his language skills to make those connections.

“Language is one kind of example,” said Stringer, who graduated from the first-ever yearlong Dari language course in 2004 at the Defense Language Institute in Monterey, California.

“To really learn to speak like someone else in a way that they can understand, you have to be able to think in a way that lets you see their perspective of the world,” Stringer said. “The empathy it requires to do this well can be far more lethal to an ideology than a perfectly aimed 5.56 round.”

Afghans, including those who worked alongside U.S. forces in Afghanistan for the past two decades, are being supported as they safely resettle in the United States.

“As a Hoosier, I think it’s important that as many Afghans as possible are told how proud we are to host them in their time of absolute crisis,” said Stringer. “For these Afghan guests under the age of 30, this is a horrifying experience, and they’re so unsure of everything.”

Stringer said being able to communicate and talk to the Afghans as an American-born service member will make this whole process easier for everyone.

As an interpreter, Stringer has had many opportunities to use his language skills and form strong connections with Afghans, and Operation Allies Welcome is no different.

“I think anything that lets you view the world through another person’s perspective is a clear asset to our critical thinking strength,” said Stringer.

Another way Stringer helps his fellow Soldiers is as the senior medical observer, coach and trainer for a full-time National Guard Bureau unit called Operations Group Wolf. Additionally, he is an operations sergeant for the 2-238th General Support Aviation Battalion for his traditional Indiana National Guard job, headquartered in Shelbyville, Indiana. 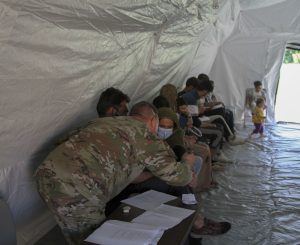 Not satisfied as a medical professional and operations sergeant who speaks Dari fluently, Stringer also understands Farsi and Tajiki, two other dialects of Persian; in addition to Dari, he is also learning Pashto as a way to improve rapport.

“I wanted the opportunity to study anything at the Defense Language Institute,” Said Stringer. “Dari was my best shot, so I took it once I began to learn about the history, the people, the pride, the dress and the food there was so much about the country to love.”

The Department of Defense has taken action from our guest’s perspective by making their living arrangements culturally appropriate and comfortable. However, the department’s priority is to provide shelter security while building additional infrastructure to meet needs, such as religious areas or recreation areas.

“I think perspective gives hope,” said Stringer, “If my language skills can bring hope to the families, then I’ve done as much as I’d like to. I think we as Americans have yet to see the end of the story, and we’re just in a new chapter. It’s up to each of us to define our role in it and look to build our relationships with our new guests who may soon be our patriotic brothers and sisters.”