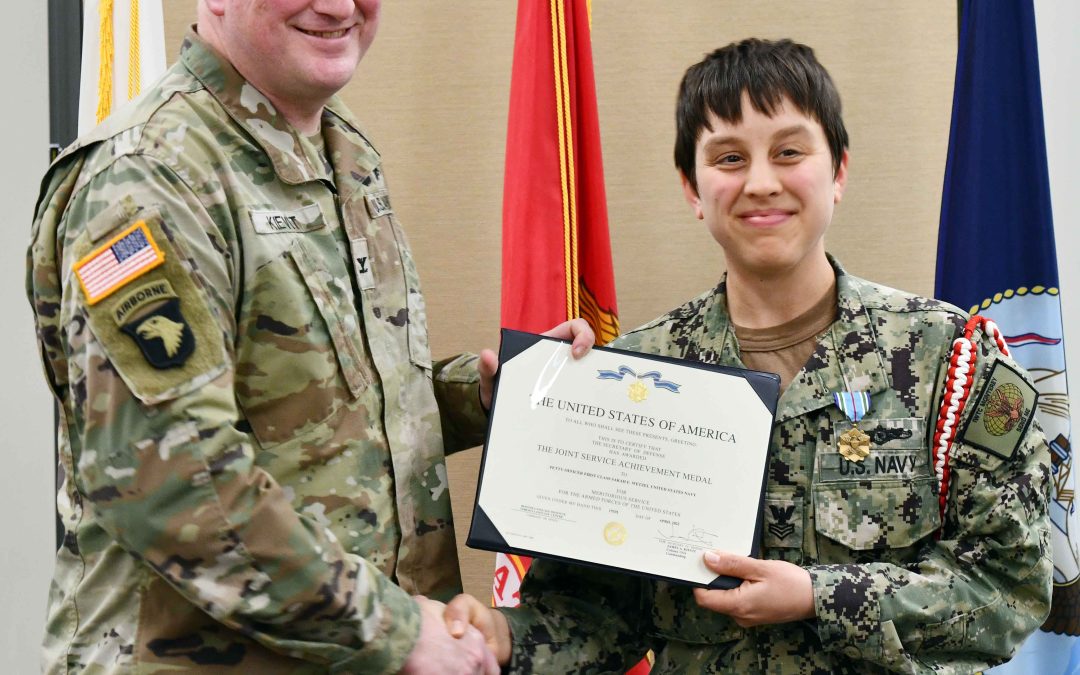 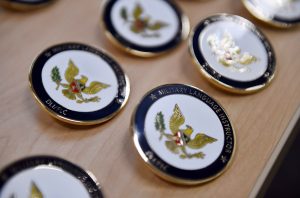 “You are an incredibly important part of the [foreign language] learning process, alongside your civilian colleagues,” said DLIFLC Commandant Col. James Kievit, who presided over the awards ceremony.

Military Language Instructors, or MLIs, are vital cogs in the wheel that produce military cryptologic linguists for all four branches of the military and the Coast Guard. Having graduated from the Institute themselves, MLIs are instrumental in mentoring new cryptolinguists and helping them overcome language learning hurdles as well as teach them how to be good service members.

“The role, as MLIs, that you play is that of setting an example for years to come for these impressionable trainees,” said Kievit, to the sixteen MLI awardees and guests.

The MLI of the quarter was given to Navy Cryptologic Technician Interpretive 1st Class Sarah Wetzel for her outstanding work as an MLI in the Korean school, which also earned her a Joint Service Achievement Medal. 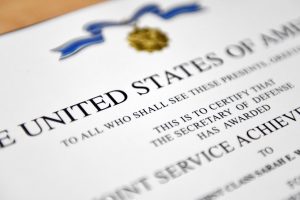 “To be honest, I am humbled by this award, and I couldn’t have done it without the awesome support of the staff and my Chief MLI,” said Wetzel. “I am grateful to be able to mentor the next generation of linguists.” Wetzel also completed all the requirements to receive her Senior MLI Badge.

Ten MLIs completed the Basic Instructor Certification Course which requires 60 hours of classroom instruction and a Defense Language Proficiency score of 2+/2+/2.  Two individuals, including Wetzel, received the Senior Instructor Badge, that requires the completion of an additional two faculty development courses, a minimum of 240 hours of instruction, and attaining a minimum DLPT score of 3/2+/2, or 2+/3/2.