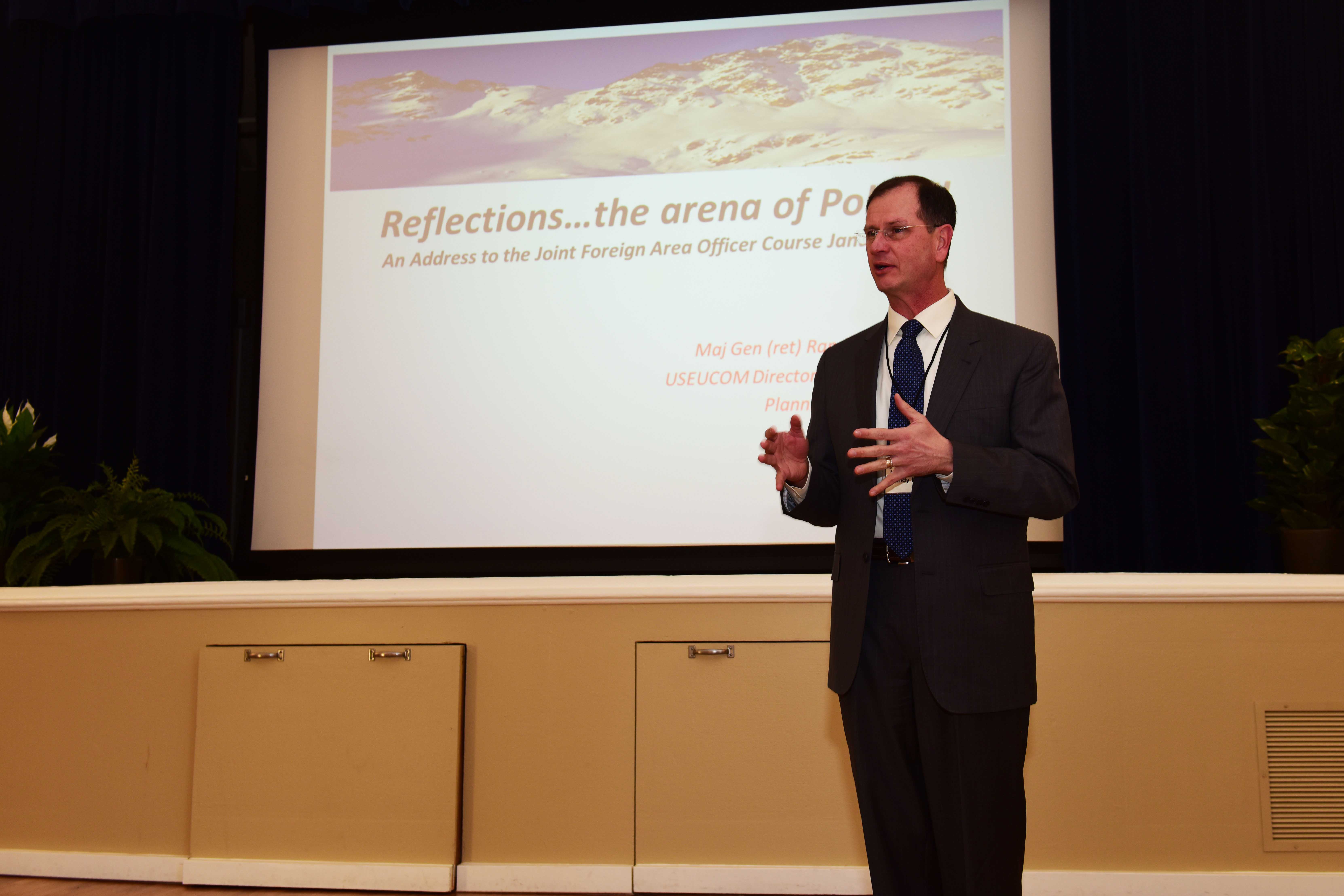 “As you serve, you are the dash between the political and the military,” said Kee.

“Being good at political-military may ultimately save us in our resources. We talk a lot about building partner capacity. When we do, we can underinvest in that area and focus elsewhere,” said Kee.

“Nations we have invested in are much more resilient when bad things happen.”

In his final assignment, Kee served as U.S. European Command director of strategy, planning and coordination before his retirement in December 2015.

“Nations will choose to make contrary policies to us simply because they have grievances with us. As a FAO, you can help change that narrative,” said Kee, as he spoke about the current situation in Russia and Ukraine.

During his time in Europe, Kee dealt with situations concerning Russia and the current security situation in the Ukraine. He was also faced with how some European countries dealt with the migration crisis emanating from Syria.

“This is just one example of displacement from one area to the next and it causes a security concern. Where some of you serve will be impacted by these immigrations. That’s going on in Europe right now,” said Kee.

However, Kee also told FAOs to understand the culture of where they serve and that they have to be able to be a bridge these differences.

Throughout his career Kee served in multiple areas of responsibility, but there is one thing he learned that works worldwide.

“Give them dignity, courtesy, respect and kindness. This goes a long way,” said Kee.