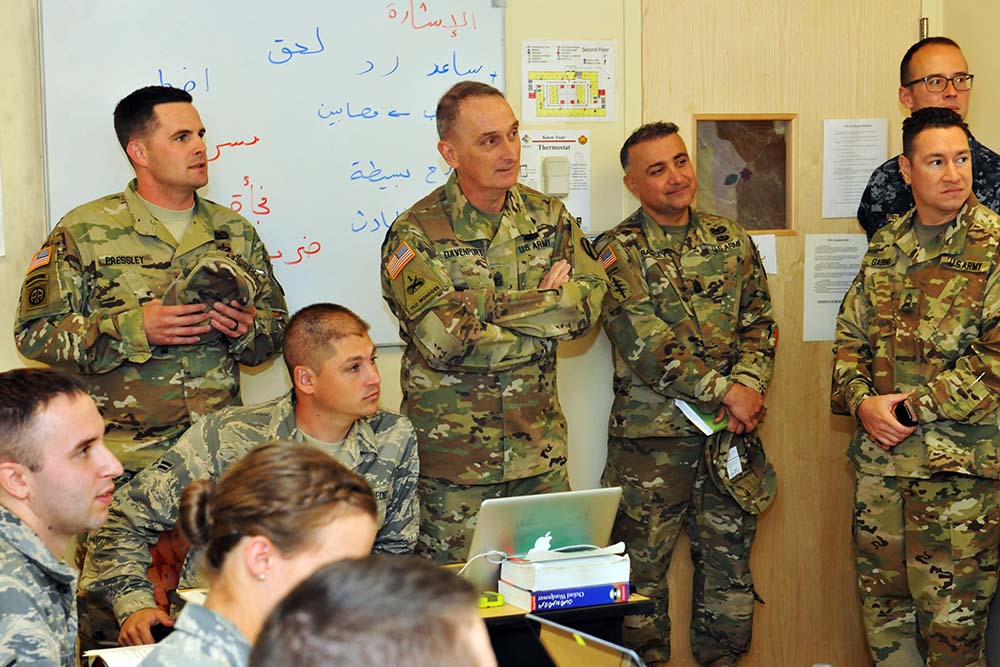 MONTEREY, Calif. – Command Sgt. Maj. David Davenport, the most senior enlisted leader in the U.S. Army Training and Doctrine Command, visited the Defense Language Institute Foreign Language Center at the Presidio of Monterey, California, for an informational tour of the Institute Oct. 25.

“I really had a great day out here at DLI. It’s really impressive the amount of effort that’s going into developing our Soldiers,” said Davenport.

As TRADOC Command Sergeant Major, Davenport is responsible for helping to ensure that the U.S. Army is the best trained, led and organized modern land power in the world.

“I see DLI’s role in preparing Soldiers for deployments, whether operational or regionally aligned forces, as paramount and it goes back to having an understanding of the culture and some awareness of the language,” said Davenport.

Davenport was most enthusiastic and excited about seeing the Institute’s technology, saying that he’s a “tech guy,” and has committed to ensuring DLIFLC’s online products are utilized by the total force, calling it “thinking outside the box.” 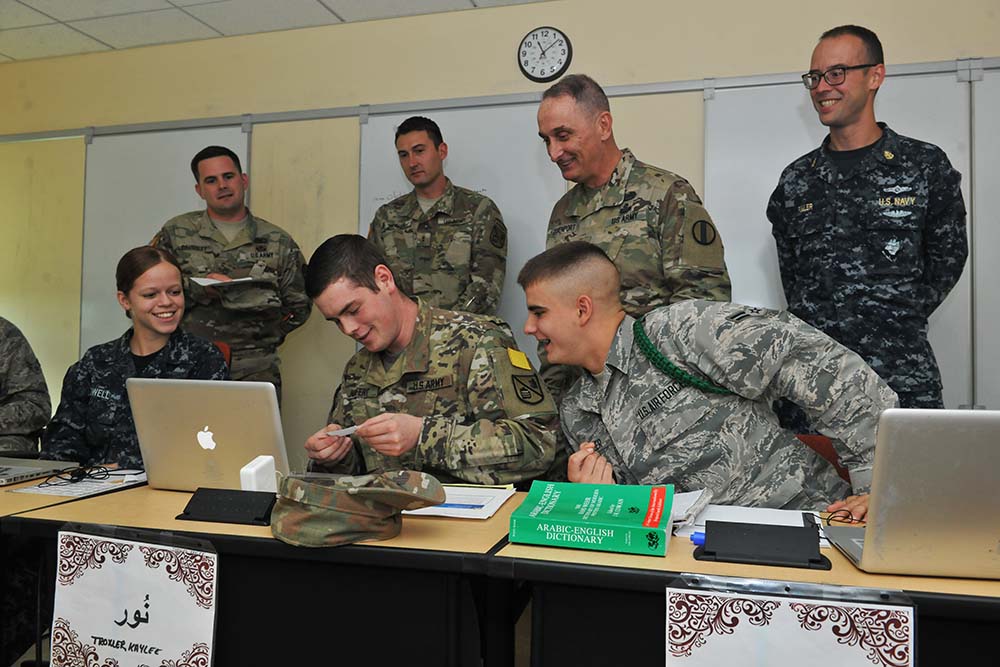 After a briefing from Dr. Branka Sarac, director of technology integration, and Dr. Tamas Marius, director of language technology evaluation and assessment, Davenport has gained a vision of furthering Army online language training.

Davenport believes that Soldiers should learn at least a few simple phrases such as “Please,” “Thank you,” or “How are you?” combined with some cultural understanding and that DLIFLC’s online products are the best way to do so.

“It goes without saying that language and culture training is a combat multiplier. It can pay huge dividends in any operation. Realistically though, I don’t think we’ll be able to get everyone’s linguistic skills up to a high standard, but awareness is what we should strive for,” said Davenport, reemphasizing the Institute’s online language training products.

The services should further invest in leaders who want to completely understand foreign languages and culture, according to Davenport.

“When a leader is leading an organization, he or she has to have that understanding. Some actions can escalate a situation, but culture and language understanding can help de-escalate it, even if you understand just a few basic phrases,” said Davenport. 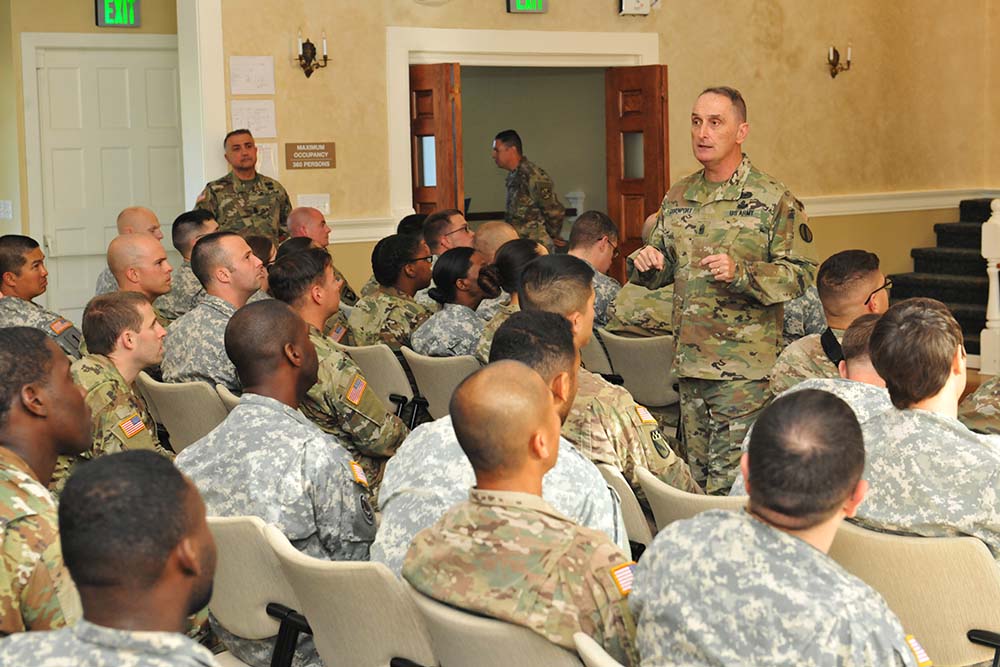 Following an office call with the Command Sergeant Major of DLIFLC, Command Sgt. Maj. Ryan Ramsey, he met with senior enlisted leaders from each of the services represented at the Institute. He then visited a classroom in the Institute’s Middle East I school where he interacted with students in an intensive Arabic course and later viewed an isolation immersion activity, which will help give students a higher level of proficiency upon graduation.

“I think what you’re doing is great. It’s something that I haven’t been able to do and I commend you for your motivation and effort,” said Davenport.

DLIFLC provides resident instruction in 23 languages at the Presidio of Monterey with the capacity to instruct another 65 languages in Washington, D.C., graduating more than 220,000 linguists since 1941. In addition, multiple language training detachments exists at sites in the U.S., Europe, Hawaii and Korea spanning all the U.S. geographic combatant commands in support of the total force.