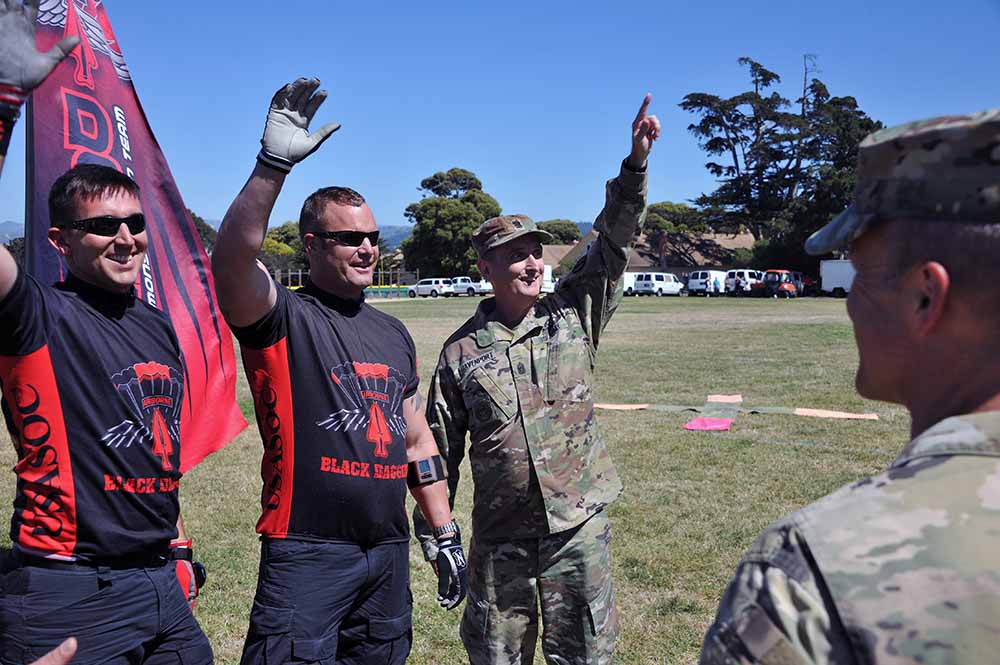 MONTEREY, Calif. – Traveling throughout the U.S. Army Training and Doctrine Command during the week of the U.S. Army’s 242nd birthday, Command Sgt. Maj. David Davenport, the TRADOC Command Sergeant Major, finished up at the Presidio of Monterey, California, June 16-17.

During a professional development forum taking place at the Weckerling Center on the Presidio June 16, Davenport spoke with noncommissioned officers of the 229th Military Intelligence Battalion assigned as platoon sergeants, military language instructors, trainers or other leadership positions at the Defense Language Institute Foreign Language Center. He also used the forum to give answers to questions that were brought up to him at an NCO Call during his first visit to the Institute in October 2016.

As the Army birthday is a time to reflect back on 242 years of history, Davenport said the Army’s future is built upon that legacy and part of its future involves NCO education.

Prior to 1973 there was little investment in the NCO, said Davenport. Then in 1973, with the establishment of TRADOC, an evaluation system was put in place to help NCOs grow and succeed, known as NCOES. Now that system is being replaced by the NCO Professional Development System to help the Army achieve its NCO 2020 Strategy, he continued. 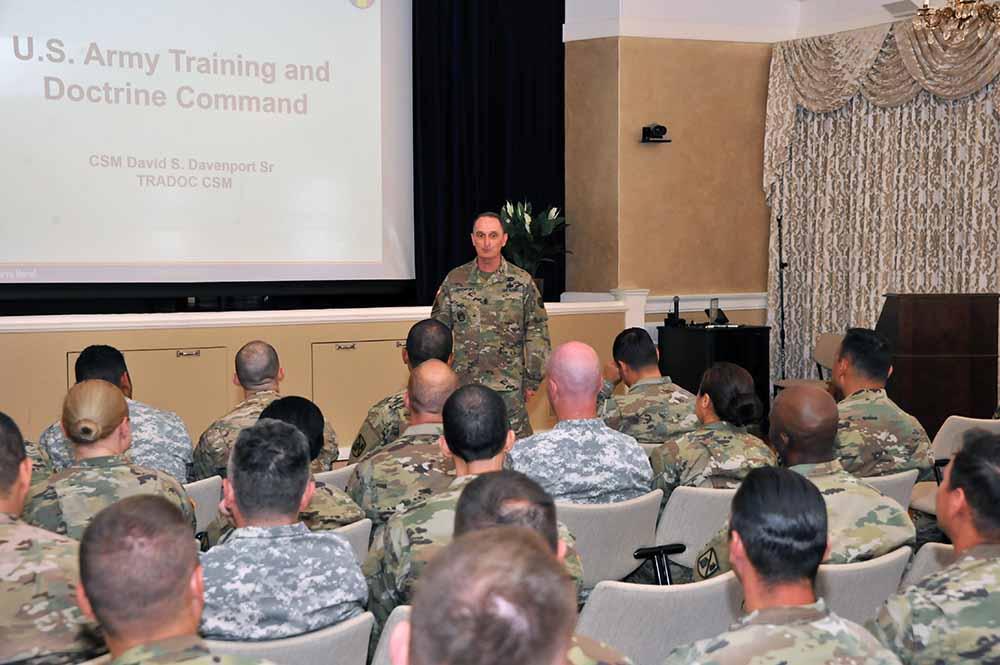 NCO 2020 requires that all leaders understand their responsibility for developing the current and next generation of NCOs. Part of this effort places an emphasis on providing the outstanding training and education needed to conduct complex missions in the future.

Davenport, who considers himself a “tech guy,” knows that it is only through technology that education and training can be brought to every Soldier in the Army, calling it “thinking outside the box.”

“I really believe in the power of distance learning, especially when you talk about today’s Soldiers who can learn from other techniques other than sitting in a classroom. When you think about how large our Army is this is a great way of leveraging these tools to distribute education,” said Davenport.

Davenport has already taken notice of how DLIFLC distributes its learning products online and asked Command Sgt. Maj. Ryan Ramsey, the DLIFLC Command Sergeant Major, to describe the Institute’s products on the CSM’s Blog on TRADOCNews.org.

“I believe, that based on that blog, more Soldiers came to the site and downloaded materials,” said Davenport and he hopes that Soldiers will continue to take advantage of them.

Expanding upon the Army’s vision of future conflict, Davenport moved beyond just the scope of the NCO 2020 Strategy to also address the challenges defined in the Army Operating Concept, Multi-Domain Battle and Security Force Assistance Brigades. 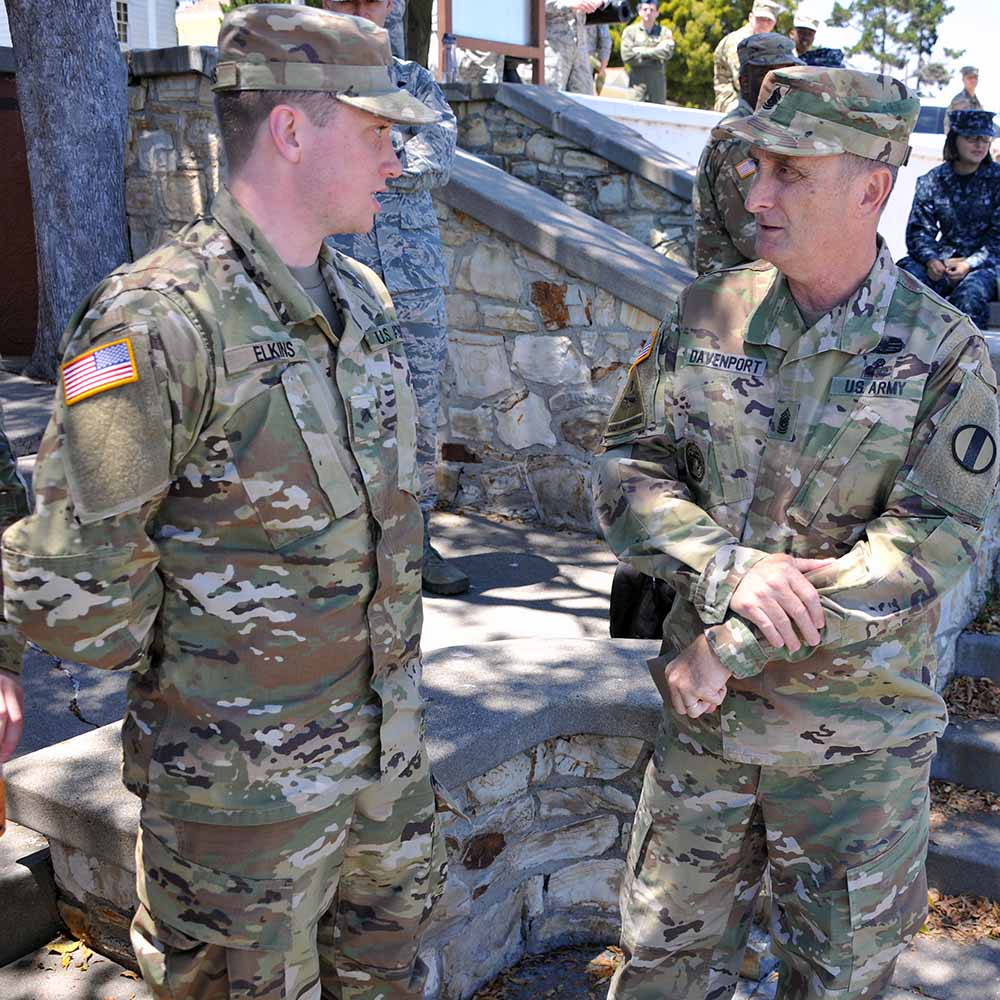 “DLI has a role in Multi-Domain Battle,” said Davenport. The Multi-Domain Battle concept addresses the increasing complexity of the battlefield as it can encompass all or some of these domains – land, sea, air, space, cyberspace and the electromagnetic spectrum. The Army “owns” the land component.

“The land component is where people live. So anytime our Soldiers are interacting with people in a region they need to have an awareness of people, their culture and language,” said Davenport.

The position of DLIFLC in the Army’s vision of future conflict also applies to Security Force Assistance Brigades. The Army envisions Soldiers engaging in a meaningful and productive manner with local military forces as part of the SFAB mission.

“We realize that language and culture is important, to have an awareness so our Soldiers can go out and do their mission. SFAB is made so that we have the expertise residing within that formation so that we can send it out and do things. So, of course DLI is going to be a part of that,” said Davenport.

The first SFAB is currently looking for volunteers who will receive cultural and language training to advise and assist foreign security forces. 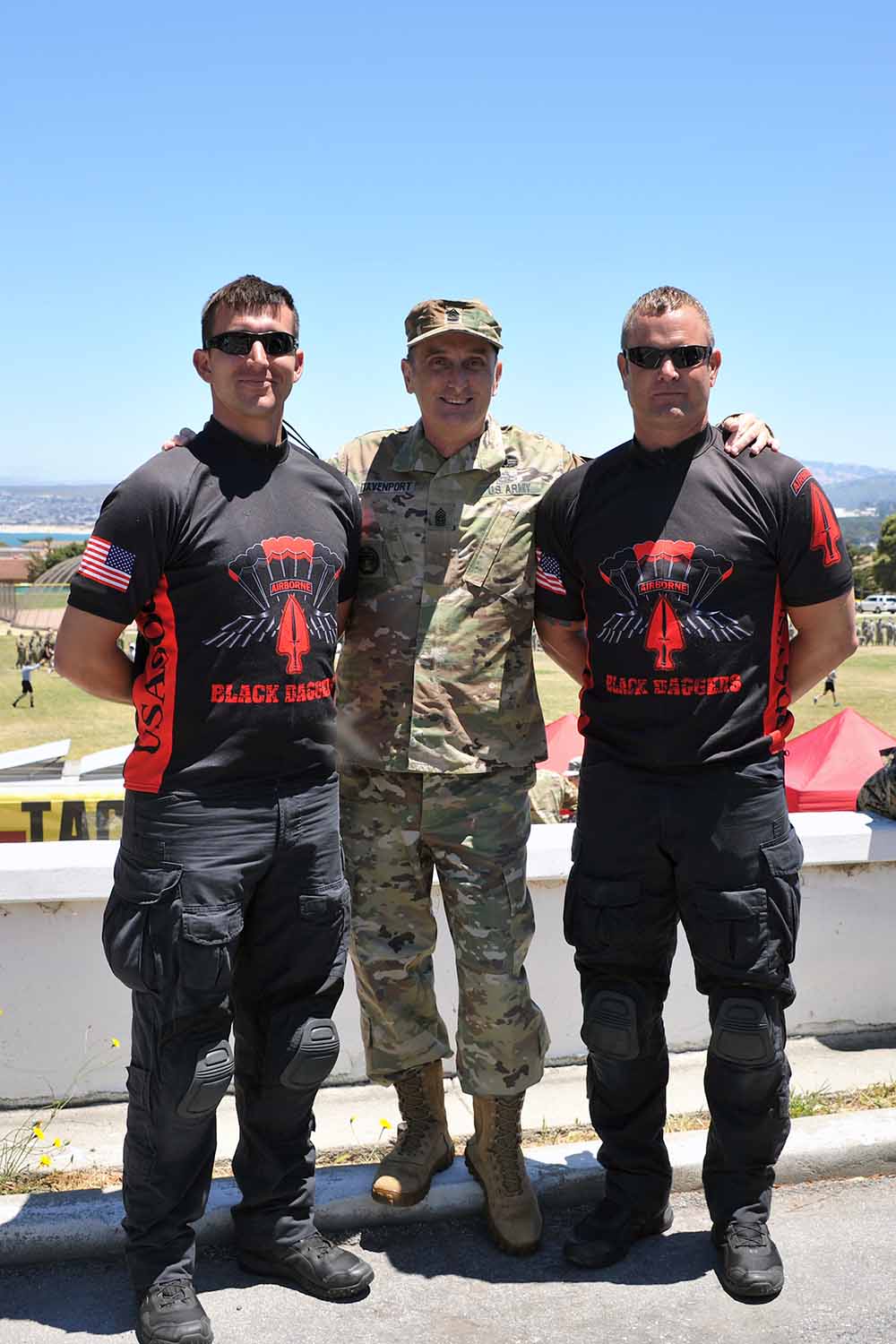 As Davenport traveled helping the Army celebrate its birthday, he finished up in Monterey June 16 to attend the Presidio’s Resiliency Day watching friendly, intra-service football games followed by a parachute demonstration jump by the U.S. Army Special Operations Command Black Daggers. The following day, June 17, he attended the Army Birthday Ball hosted by the 229th MI in Monterey.

DLIFLC provides resident instruction in 17 languages at the Presidio of Monterey, California, with the capacity to instruct another 65 languages in Washington, D.C., and has graduated more than 220,000 linguists since its inception in 1941. In addition, multiple language training detachments exist at sites in the U.S., Europe, Hawaii, and Korea, spanning all the U.S. geographic combatant commands in support of the total force.